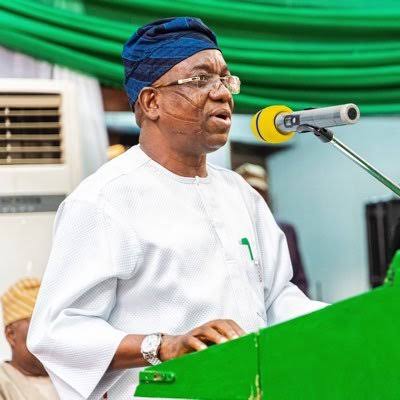 The lingering crisis within Governor Seyi Makinde’s People Democratic Party (PDP) – led administration in Oyo State has taken a new dimension with his Deputy, Engr. Rauf Olaniyan, alleging threat to his life by the chairman of the Disciplinary Committee of the Oyo State Park Management System (PMS) Alhaji Mukaila Lamidi aka Auxiliary.

Olaniyan petitioned the police and Department of State Service (DSS) over the alleged threat.

The petition came less than 24 hours after the Deputy Governor was absent from the State Congress of the party at Lekan Salami Stadium, Adamasigba, Ibadan.

Olaniyan petitioned the State Police Command after his convoy was allegedly being trailed on several occasions by Auxiliary.

The Nation learnt that Auxiliary when invited by the Police denied the allegations, saying that the Deputy Governor was “his father”.

The Oyo State Police Command urged the Deputy Governor to inform the Governor, who is the Chief Security Officer of the State but Olaniyan maintained that the police was the appropriate authority to handle the matter.

Political thugs on Saturday disrupted and injured many PDP delegates at a parallel congress at Jogor Centre.

The vandalised Deputy Governor’s wife Dayream Petrol Station, Agugu housed a gas station and a bakery in the same premises.

Oyo Police spokesman, Adewale Osifeseo, when contacted on phone said that he would give an updated on the issue soon.