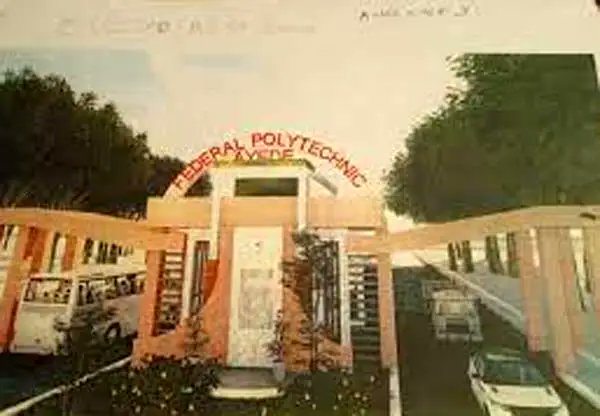 The management of the Federal Polytechnic, Ayede, Oyo State, has said the first set of students of the institution will resume academic activities in September this year.

This is just as it denied a report in a national daily, (not Vanguard), that the school is foot dragging in commencing activities and is defying the directives of the Federal Government in that regard.

In a statement made available to our correspondent yesterday, the management said the claims contained in the said report were false in all sense.

“It is pertinent to remind us that the Federal Government established Federal Polytechnic Ayede, Oyo State in February, 2021, followed by the appointment of the management team in March of the same year. Since then, the management team has worked assiduously to ensure that the Institution commences activities as early as practicable.

“Following the budgetary provisions made for the Institution in the year 2022 National Appropriation and the subsequent gradual releases of fund, the Institution has commenced operation at the National Youth Development Centre (NYDC), Iresapupa in Surulere Local Government Area of Oyo State, being one of the two temporary sites approved by the Federal Ministry of Education for the take-off of the Institution. This is to ensure that the first set of students are admitted for 2022/23 Academic Session.”

“Following the directive of the Executive Secretary, National Board for Technical Education (NBTE) in a meeting at the NBTE Liasion Office, Maitama, Abuja, on Thursday 17th June, 2021, that all the newly established Federal Polytechnics in the country should obtain security reports on the locations of the institutions as a result of the prevailing security situation in the country, the second approved temporary site which is Baptist Secondary School, Ajaawa, has a serious security issue.”

“The management obtained a report from the State Intelligence Bureau titled: “Security reports on the five local government areas in Ogbomoso Zone of Oyo State”.

On Ogo Oluwa Local Government Area, where the Baptist Secondary School, Ajaawa, is located, the report specifically stated that:

“All towns and villages in this local government are habitable and security friendly for now except Ajaawa Town, the administrative headquarters of the local government which is currently embroiled in chieftaincy crisis that has resulted to kidnapping, arson, killings, rituals and hostile to security operatives.

“This Ajaawa Town is boundary with Oyo and Osun states, the availability of thick forest in the area contributed to the upsurge in criminal activities and to expose new students and staff to this unfriendly environment will strongly make them vulnerable to attacks.

“The security implications of the above report have, on several occasions, been explained by the Rector as well as the Chairman of the Governing Council and to the Royal Father of the town.”

“In line with the Federal Government’s directive that the Capital Expenditure of the Institution should be utilized for the development of the Permanent Site, the management has secured all the necessary approvals while waiting for the release of funds. Indeed, in a matter of few weeks’ time, it is hoped that physical developments will commence at the Permanent Site of the Institution at Ayede.

“The first batch of the pioneer staff of the Institution have been employed. Their recruitment was done in accordance with the laid down rules and regulations and in compliance with due process. The management also secured the approval of all the supervisory Federal Government agencies on the exercise as well as letter of compliance.”

“However, for this management decision to come to fruition, there is need for the Ogo Oluwa Local Government Authority to approve the request of the Ayede Community to relocate the students of the Community Grammar School, Ayede currently located on the Permanent Site of the Institution to another place. We therefore use this opportunity to appeal to the Local Government Chairman to do the needful so that the facilities can be deployed for the use of the institution by September.

“We also want to appeal to our friends in media not to allow themselves to be used to carry negative unverified reports about our Institution due to personal gains. For the avoidance of doubt, we wish to inform the entire public that our Institution has commenced operations while our doors are widely open to all media men and women of integrity to interact with us and confirm their facts for balanced reporting.”

The management reaffirmed its commitment to meet discharge the mandate given it to make the institution a true citadel of learning that is also mindful of its social responsibility to its communities.