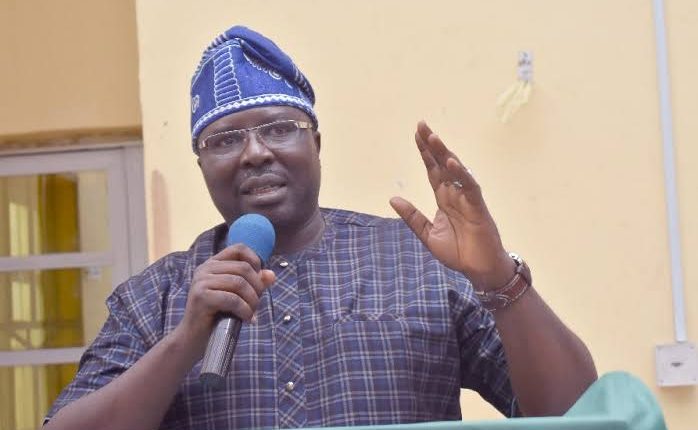 Olowofela added that the Governor should desist from the needless trading of blames over the construction of the school, adding that Gov. Makinde should allow the former Governor to rest in peace because he will become ex-governor some day.

Recall that this Newspaper had earlier reported how Makinde paid unannounced visit to inspect the execution of the school project awarded during Ajimobi’s administration.

The erstwhile Commissioner for Education under Ajimobi’s administration advised the Governor to seek for accurate information from the Ministry of Education and Works so that he can be reliably informed on the reason why the project is yet to be completed.

His letter read: “Dear Governor Seyi Makinde, my attention has been drawn to your comments on Oba Akinbiyi Model School.

“I want to provide the following information, so that you will let Governor Ajimobi rest in peace.

3 When it was obvious that the “financial” of the Contractor can not provide the fund for him, Government decided to construct three model schools and fund it based on milestones achieved.

(7) All these records can be provided by the Ministry of Education and Ministry of works.

“Dear Governor Seyi Makinde, I believe strongly that you ought to look at all these and possibly asked for detail reports (from both Ministry of Education and Works) before your derogatory comments on the late Governor Ajimobi. Let me add for your information and urgent attention that Ogbomoso model school (started during the Akala regime completed by Ajimobi is 99 percent ready) kindly do the needful to let the place be put into good use .

“While I am not appealing to you to cover any shady deals, if any, it is immoral and ungovernor-like to make press comments on issues that you have not been adequately briefed.

“Dear Mr. Governor, everything in life is ephemeral, you will one day leave the post but now that you’re are there, do your best and leave the rest.

“I wish you the best in the difficult but interesting task of leadership.

“May Oyo-State continue to wax stronger and may the Almighty God give you the wisdom and strength to leave the state better that you met.

The Men of Facts are Still Around: Hon. Akínrẹ̀mí Jagaban Joins Prof. Olowofela in Asking Gov. Seyi Makinde to be Guided