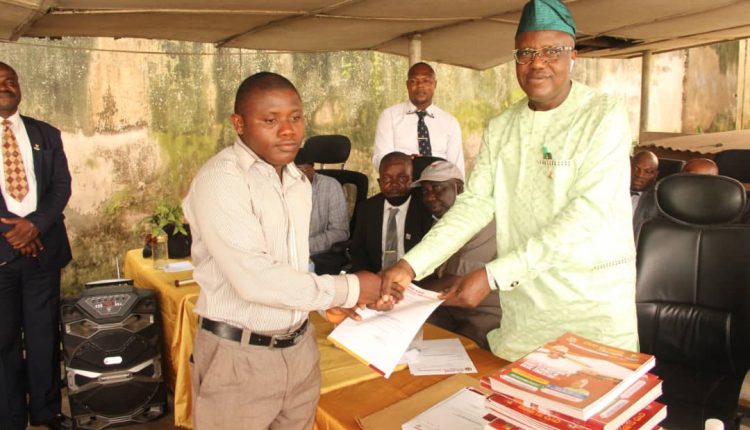 The Executive Chairman, Oyo State Universal Basic Education Board, Dr. Nureni Aderemi Adeniran, has said that contrary to the alleged propaganda by some groups, no teacher in Oyo State was being owed the year 2020 leave bonus.

Dr. Adeniran stated this today in Ibadan, warning primary school teachers against plans on embarking on any illegal procession or protest within the state.

“No primary school teacher is owed monthly salary, or leave bonus today. The government has paid their dues”.

Dr. Nureni Adeniran, admonished the unscrupulous group of teachers, aligning themselves with disgruntled politicians, to rather show gratitude to Governor Seyi Makinde who has consistently paid their salaries on 25th of every month, despite the economic instability in the nation.

He added that a government who abolished the six years waiting period of teachers within Grade Level 13 and above; consistently paid their 13th month salaries; and ensured payment of arrears owed by previous administration deserves better treatment by its workforce in the education sector.

Dr. Adeniran added that Governor Seyi Makinde’s administration also ensured that the waiting period of teachers from GL 13 and above has been reviewed to three years, rather than the six years enacted by previous administrations.

The Board Chairman therefore wondered why some teachers will yield themselves as political agents, not minding its consequences in public service.

Adeniran further enjoined teachers who may be having issues with their accounts to visit the Finance department of the Board or their various banks, rather than working against the directives of the government.

Dr. Adeniran therefore urged them not to engage in any act that violates the law or threatens the peace of the state, adding that they should follow the right channel in laying any form of complaints.

The Executive Chairman challenged teachers in the State to improve their service delivery, advising them not to yield themselves as tools in the hands of politicians, in discrediting the unrelenting efforts of the present Government.

Dr. Adeniran noted that those intending to protest were rented protesters by enemies of the government to misinform the public, who would be dealt with within the full extent of the law, when caught.

He further admonished the leadership of  Nigeria Union of Teachers, NUT, to call its members to order, adding that the State Government would appreciate the Union’s collaborative efforts to fish out perpetrators of such demeaning acts.