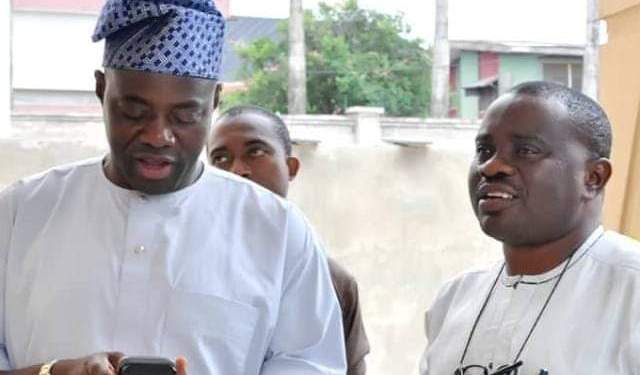 Oyo Govt Is Only Planning Amnesty For Thugs – Taiwo Adisa

The Chief Press Secretary to Governor Seyi Makinde of Oyo State has clarified that the State Government is only planning an amnesty for hoodlums and thugs and not negotiation as being touted in some quarters.

Speaking on BOTTOM LINE – a political programme on IBR 92.5fm Ibadan anchored by Aanuoluwapo Omorinde today, Adisa said the plan of the State government is fashioned towards the amnesty initiative of the federal government which helped stem the tide of civil unrest in a certain region of the country sometime ago.

“I will not call what the State government wants to do a “negotiation” rather, I will call it amnesty.

“I am sure you are aware of what the federal government did sometime ago. That is what the state government wants to do.”

On the lingering fuel scarcity, the Governor’s aide said there is little or nothing the state government can do.

He said all blames should be directed to the government.

He said: “We should not shift whatever blame should be that of the federal government to the states. If the government at the centre is not doing the right thing, we should all come out and condemn what is not good rather than shifting blame.

“It is the responsibility of the federal government to make fuel available to all Nigerians so, the State can’t be blamed. To sanction any filling stations, you will need accurate data about supply and each of them have in stock and that may be difficult to know”.

When asked why the Omituntun shuttle buses were not deployed at a critical time like this to aid the transport crisis, Adisa said they are fully in use.

He also debunked the rumour that the buses are being used only for PDP assignments adding that people should always seek the truth rather than spread rumour and falsehood about government activities.

He said: “The buses will be deployed for intra-city use after the completion of the bus terminals which are under construction.

“The one at challenge has been completed and the one at Ojoo is near completion. Work is ongoing on the one at Iwo road. So, once they are completed, the people will begin to see these buses plying these roads. The buses perform dual functions for now.

“They are available for any citizen who require their services so long such a person meets the stipulated requirements. They are also being used to service the train station”.

Adisa also dismissed the rumour that his Principal borrows to pay salaries.

ECOWAS Court: We Are Yet To Receive File On Sunday Igboho