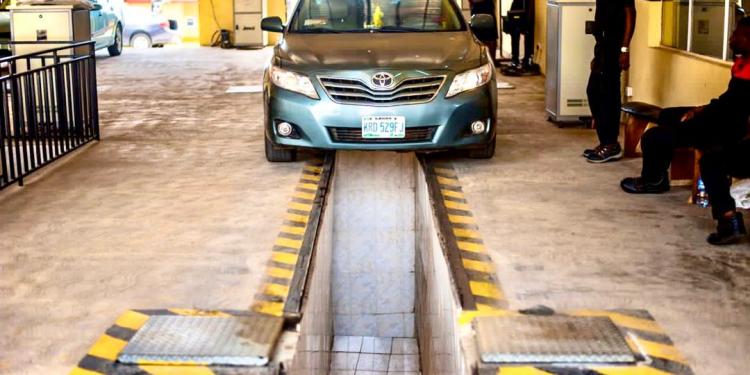 Oyo state government has unveiled a newly computerised vehicle inspection system, to put a check on the number of accidents on the roads.

This system would enable car owners to know the status of their vehicles before plying the road.

The State Commissioner for Public Works and Transport, Professor Dahud Sangodoyin made the disclosure in his office while addressing journalists on Tuesday in Ibadan.

He described the system as a new innovation that is different from the old means of vehicle inspection.

The inspection mechanism is located at the Idi-Ape station of the State’s Vehicle Inspection Unit, in Ibadan.

Prof. Sangodoyin added that the new system of vehicle inspection is the right step in the right direction, as everything in the world is currently digitised.

According to him, the new method would entail full inspection of all mechanical, electrical and structural faults by the system and every fault in the vehicle will be identified for immediate repair.

He stated that, “This system is a new way of forestalling road carnage which is mostly caused by poor monitoring of vehicle’s mechanical, electrical or structural make up of the vehicle.

“The system is opened to all, whether public or private, it is affordable and the target is not for profit but to find another way to preserve lives of the people of the state”.

Sangodoyin has therefore enjoined motorists, whether public or private, to make use of the affordable opportunity.

In his comment, the Director of Vehicle Inspection Services, Engr. James Adegbemijo Ajayi described the process as a laudable one by the state government which he said was to ensure that all vehicles plying the roads are roadworthy.

The process, according to him, is seamless, as the vehicle owner could engage the service any time he or she visits, through which the status and roadworthiness of the vehicle could be ascertained before the issuance of roadworthy certificate

He further reiterated that, “The system is affordable as it has been subsidised. The Idi-ape Station is the first station that is ready and has been fully functional since the beginning of February this year, while the Eleyele Station is at 75% completion stage, two more stations are hoped to be opened in the year as more people embrace this new development.”

Mr. Bolaji Makinde, the Manager of the facility for the computerised vehicle inspection, revealed that the inspection is categorised into five(5) stages which include the visual stage, emission, light, alignment system, and the underneath inspection.

He noted that the vehicle will have to pass through these stages before it can be certified roadworthy and if any fault is detected, the vehicle owner will be given a time frame of 30days to go and fix the faults and come back for further reassessment.

A motorist at the station, Prince Muyiwa Adewusi, whose vehicle was been inspected at the time the crew visited the station, could not hide his excitement.

According to him, he was used to the analog way of vehicle inspection and had expected the same to be done upon his visit to the station, but was shocked to meet a new system on ground.

He therefore described this innovation as a welcome development and advised other motorists to maximise the new system provided by the state government, for their advantage.