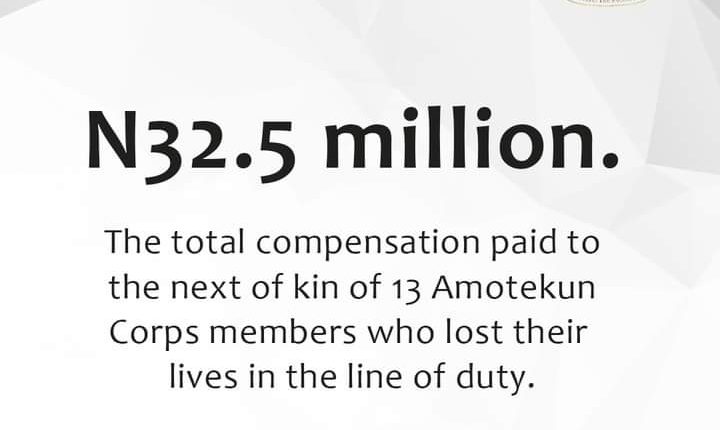 Oyo State Government under the leadership of Governor ‘Seyi Makinde has paid a sum of N32.5 million, as compensation to the families of slain operatives of the Western Nigeria Security Network codenamed Amotekun.

The state government revealed this on its feedback page on Wednesday, stating that the compensation was paid to the direct family members such as spouses, children, parents or siblings of the deceased Amotekun Corps members depending on the circumstances.

The state government therefore salutes the courage of all members of the Oyo State Security Network Agency (Amotekun) who stay awake to watch over the state, so that citizens and residents may sleep well at night.