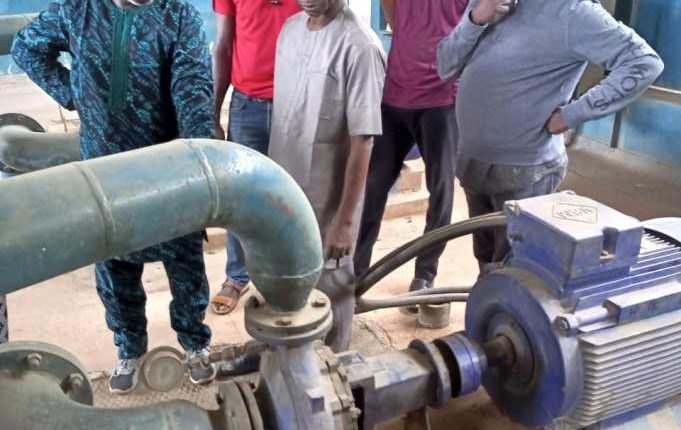 Oyo State Government has said it would probe all the failed or abandoned water corporation’s projects in the state.

The chairman corporation, Dr. Moroof Akinwande, made this known today during the continuation of his working visit to some District Offices,Schemes and Booster Stations located in Ibadan.

The Chairman stated that the move became imperative because the sum involved is humongous and there is little or nothing to show for it.

He reiterated that the names of the Contractors affected were being collated for invitation soon.

The Chairman said that Governor Makinde is ready to assist the Corporation to reclaim its lost glory.

Akinwande added that his mission with the mandate of Governor Seyi Makinde is to provide potable water to the residents of the State.

He stressed further that all the outdated or vandalized equipment of the Corporation would be replaced soon so as to ensure that water flow in the State as promised.