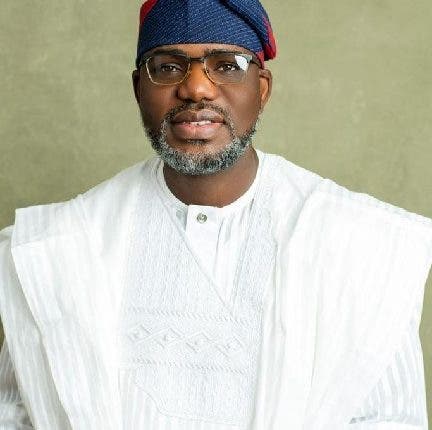 Oyo Is Too Blessed To Depend On Handouts From FG ― Fagade

Oyo State is blessed with numerous resources which have not been put to meaningful use by the successive administrations and this is keeping the state at the mercy of handouts coming from the Federal Government every month, an Ibadan-born businessman Mr Abisoye Fagade has said.

Mr Fagade, who is the founder of Oyo Si Maa Dun Foundation, lamented the inability of the state over the years to take advantage of the numerous socio-economic opportunities available to it on account of sharing international borders and local boundaries with the Benin Republic and three other states in Nigeria.

Speaking to newsmen in Ibadan, on Wednesday, Fagade decried what he called the lip service being paid to the development of the key sectors of the economy by governors who have ruled the state at one time or the other.

“Our thought was that any governor coming after late Senator Abiola Ajimobi would take a cue from the ugly experience of 2015 when the Oyo State government found it extremely difficult to pay workers salaries due to cash crunch necessitated by the global economic meltdown.

“Nigeria at that time was badly affected because we had always run a monolithic economy which was crude oil sales-dependent. Meanwhile, some states such as Lagos and Ogun in the South West were able to weather the storm because they could fall back on resources coming from international trade opportunities,” he noted.

He spoke about the prospect inherent in the state partnering the Federal Government and its agencies, especially the Nigeria Customs Service, in the area of making places like Okerete, Saki, Igbeti, Kisi and Ilesa-Ibaruba hubs of international trade.

He added: It has also been established that the Oke-Ogun axis of the state would not have had to contend with the challenges of security if the youths and other people of productive age therein had been fully assisted to establish themselves in agriculture and commerce.

“And looking at it from another angle, Ibadan is gradually becoming uncontrollable due to influx of people from that axis of the state and beyond who abandon their natural settlement in search of better life and comfort since governments at both the federal and state level has done little or nothing to develop their land.

“This accounts for why a lot of unplanned settlements are springing up in and around Ibadan every day with the few available infrastructures being overstretched.”