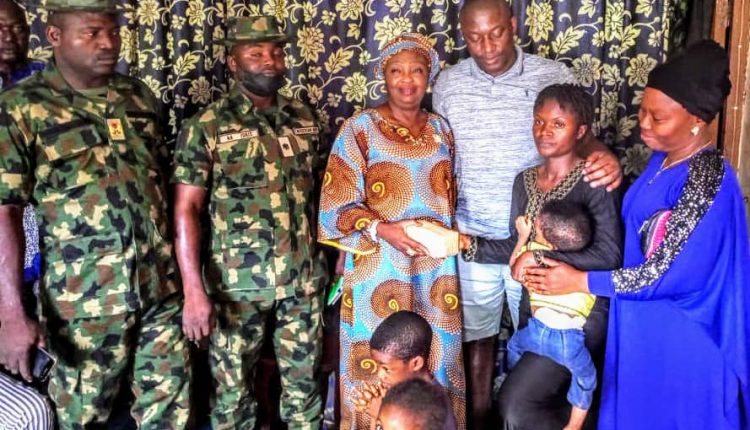 Oyo State Governor, Seyi Makinde Thursday assured that his administration will continue to prioritise the welfare of its citizens and other workforce .

Makinde made this remark when a delegation of the state government led by the Executive Assistant to the the Governor on Security , CP Sunday Odukoya (rtd) visited the family of the military officer
Ekaile Emmanuel (Cpl), who lost his life during the “Abolongo Prison Break”

Odukoya who spoke on behalf of the governor, said government is committee to ensuring that the welfare of the family of the late officer will be catered for adequately .

Oyo Police Recovers Body Parts of Woman Who Was Killed By…

We Were Dying Like Chickens But Now We Live Better – Oyo…

Presenting cash gift to the family ,Odukoya reiterated the commitment of the governor Seyi Makinde led administration to continue to improve on the security architecture in the state .

Major Akeem Idris of the training workshop, Nigeria Army on behalf of the late officers family expressed appreciation to the Oyo State government for reaching out to the family .

He further reiterated the support of the Army to ensure protection of lives and properties .