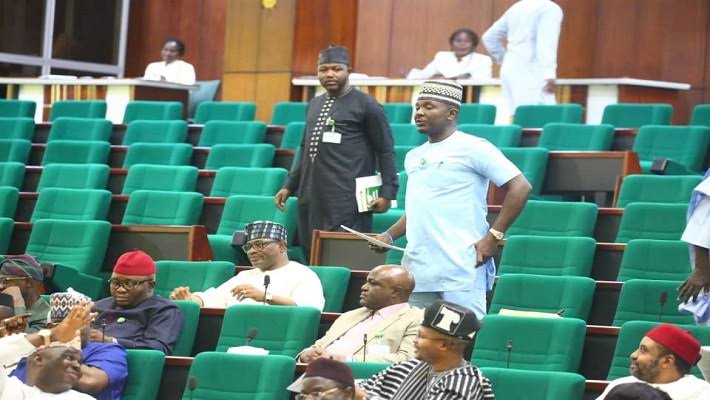 Oyo Federal Lawmaker representing Egbeda Federal Constituency has in Tuesday 6th of October, filed a motion for during a plenary for ‘immediate Proscription of Special Anti-Robbery Squard( SARS) from the Police Force.

The lawmaker lamented that how the Squard has unfortunately derrained from the duty of the police, which is to secure lives and properties, the “fear of SARS officers has become the new order of the day.”

Hon. Alabi, who is the chairman of the house committee on governmental affairs, noted in the proposal that SARS has been in the news “because of ceaseless killings and attacks on innocent citizens”.

Recall that TODAYSPLASH reported the IGP banned the SARS Officials from carrying out ‘stop and search’ operations on roads on Sunday morning.

Part of the statement read; “the brunt of the excesses and abuse from the brazen SARS squad”, people can no longer be disregarded or met with tepid responses from the government”.

The Lawmaker noted that the recent instructions of the Inspector-general to SARS officers against ‘stop and search’ operation would not be respected by these errant personnels, adding that he only solution is the proscription of the unit.