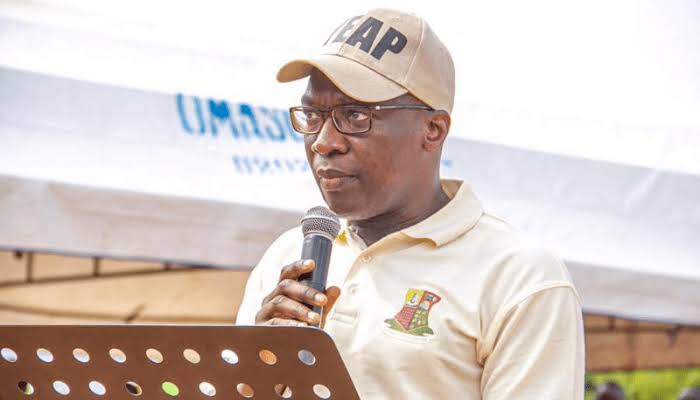 The director general of the Oyo State Agricultural, Oyo State Agri-Business Development Agency, OYSADA, Dr. Debo Akande, has been accused of shutting down the Mosque within the agency’s premises.

This was just as he was accused of also closing the Christian Fellowship Centre, asking the adherents of the two faiths to worship in the same place.

WHY WOULD YOU SHUT DOWN MOSQUE IN OYSADA, AN OYO STATE GOVT AGENCY, DR. DEBO AKANDE?

What audacity would the head of an Oyo State Govt Agency have, that would make him foist his own anti-Islam idiosyncrasy on Muslims in that unit of Oyo State Govt?

It beats one hollow that, in this modern day and age, someone will just wake up one day and from the blues, decide that he would unilaterally stop Muslims from obeying the command of Allah, which makes it peremptorily compulsory for every Muslim, not only to perform Salat (prayer to his God), but also to do so at their designated times:

Q4:103 says “Certainly, the [obligatory] prayers have been prescribed to the believers to be
performed at specific times.}”

Information reached us about 4 weeks ago, that one Dr Debo Akande, Director- General of Oyo State Agri-Business Development Agency (OYSADA) decided, out of his own whim, that workers should stop going to pray at the Mosque within the precinct of the Agency.

We made a fact-finding move, which culminated in our having a meeting with the arrogant Dr Debo Akande, D-G of the Agency on Friday, 29th July, 2022. At the meeting, he ventured to tutor us, like Lord of the Manor, on why religion should be de-emphasised in our public space and rather, create an egalitarian society where religion would be a thing of the mind.

We should not forget to mention that, he also locked the Christian Fellowship Centre. He feels people should not worship in a work environment.

In his own mind, anybody who wants to perform prayers should go to do so at the Secretariat where other Ministries and Agencies have Mosques (the Agency office is at Total Garden Area). But where he superintends, a Mosque would never be allowed to flourish (neither would he allow a Christian Fellowship Centre) At best, he said he would provide a prayer room which Muslims and Christians could use at different times for their worships. All these, he was saying to us, like a military Commander churning out orders to his subordinates.

Pls note that a Mosque is not just a prayer room, it is a sacred place, where only the pure can access. If a woman is going through her monthly menstrual cycle, she is not allowed in the Mosque. So, a prayer room, as you fathom, will never serve the purpose of a Mosque, as it does at Airports for passengers in transit.

At the end of the meeting, the D-G promised that, Management of the Agency would put structures in place that would enable resumption of prayers at the Mosque.

It is over three weeks now since that meeting. Up till now, there is no progress made in having the Mosque re-opened.

This is the question we now ask. OYSADA is not the private enterprise of Dr. Debo Akande. He should swallow all the shallow ideals he is fantasising. You cannot have a Prayer Room Worship for both Muslim and Christian worship. Re-open the OYSADA Mosque immediately. You should rather concentrate your efforts on the primary duty assigned to you by the Governor, which is thevdevelopment of Agribusiness in Oyo State. Do not dabble into the issue of religion. It may be too hot for you to handle.

Dr Debo Akande, you better shed this toga of arrogance. Stop being insensitive to our sensibilities. You must re-open the OYSADA Mosque this week, unfailingly.