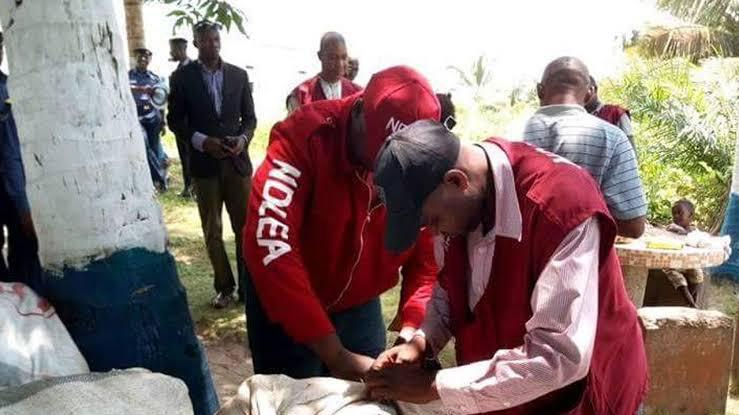 The National Drug Law Enforcement Agency (NDLEA), Oyo State Command has arrested a total number of 330 drug traffickers in the year 2021, out of which 48 have been convicted.

The NDLEA Commander in the state, Dr. Wale Ige disclosed this in a statement issued by the command’s Public Relations Officer, Mrs. Mutiat Okuwobi on Sunday in Ibadan.

Ige explained that the suspects comprising 297 males and 33 females, were arrested for dealing in various drug offenses such as Cannabis Sativa, Tramadol, Diazepam, Rohypnol, Colorado, Codeine, chocolate infused with codeine and other psychotropic substances.

He said that 101 suspects were charged to court while 48 of them were convicted for various drug offences with jail terms ranging from six months to life imprisonment in the year under review.

“The command gave brief intervention via counseling to 104 People Who Use Drugs (PWUD) consisting of 98 males and six females.

“We presently have five clients undergoing residential rehabilitation while ten persons were rehabilitated and integrated back to the society during the year under review,” he said.

Ige said that the command recorded a total seizure of 3,543.96 kilograms of Cannabis sativa and other narcotic and psychotropic substances, during the period under review.

He noted that the command’s sensitisation programmes were extended to over 164 schools and some private organisations in the year under review.

The Oyo NDLEA boss therefore called on the public to support and join hands with NDLEA, in ridding the state of drug abuse and illicit trafficking.