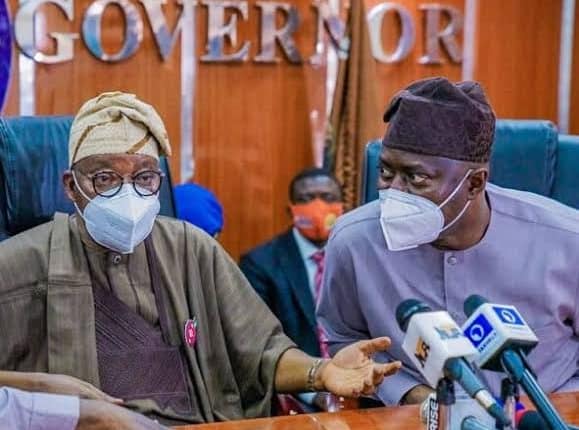 The government of the two sister states of Oyo and Osun have awarded the complete rehabilitation and reconstruction of 91 kilometer
Osogbo (Dele Yes Sir Roundabout)-Iwo–Papa Village–Lalupon–Olodo bridge–Iwo Road Interchange (Ibadan).

The two states, it would be recalled, commenced the procurement process sometimes last year and with the purpose to promote the intertrade relationships between the two states.

A statement signed by the two states’ works commissioners, Prof. Kehinde Sangodoyin and Engr Oluremi Omowaiye, explained that Oyo State Government has sub-divided the road project into three parts. The first is the 7.7km dualization from Iwo road Interchange to Olodo bridge. Also, the State will extend the bridge to about 24meters wide and 12meters long while 500meters will be dualized from the bridge to Ogunmarako junction and 27.33km from Ogunmarako to Oyo/Osun State Boundary.

For seamless flow of work, the two States have awarded the Reconstruction of the entire road length to the same Contractor Messrs Peculiar Ultimate Concerns Ltd.

The two State Governments will soon announce a date for the joint flag off.