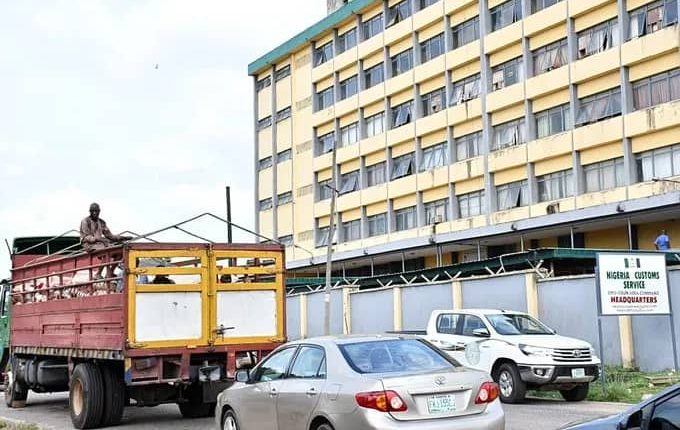 The command said it also seized 624 bags of foreign parboiled rice and 91 gallons of vegetable oil.

The command noted that the seized items were intercepted between February 2020 and November this year.

Other items intercepted during the period under review are; 1,694 pieces of used tyres, 325 bales of second-hand clothing, 800 bags of fertilizer, 1,600 drums of petroleum, otherwise known as PMS and 41 units of motorcycles.

She said men of the Nigeria Customs service in her command had made a series of interceptions along various unapproved routes, which has helped to intercept the goods since the End SARS protest ended.

According to her, hoodlums leveraged on the End SARS protest to perpetrate their nefarious activities along the borders in the states.

The controller said, “We have further sharpened our intelligence and increased synergy with other sister agencies.

“We took the bull by the horn to nip these smugglers in the board with maximum intelligence gathering.

“To this effect, since the End SARS protest, we have made a series of interception along various unapproved routes which has helped us with the goods.”