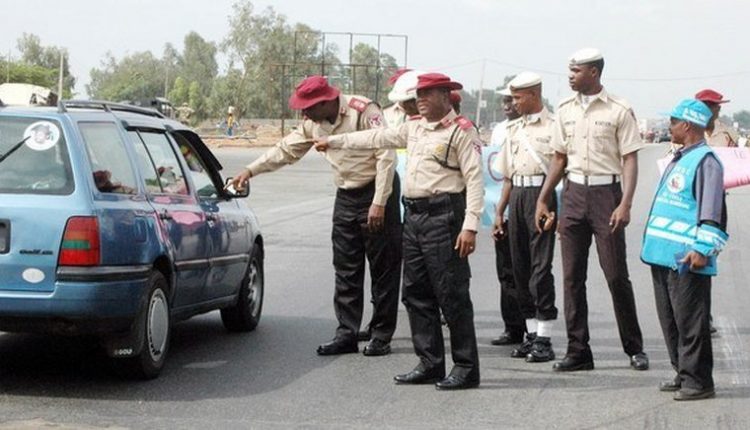 The Federal Road Safety Corps (FRSC) on Wednesday said that a total of 1,033 crashes were recorded in Oyo, Osun and Ondo States between January and September 2021.

The Zonal Commanding Officer in charge of the states, ACM Emmanuel Abe, stated this on Wednesday in Ibadan during the flag-off of Ember Months campaign by the FRSC Command in Oyo State.

The News Agency of Nigeria (NAN) reports that the theme of the campaign is ” Maintain Safe Speed, Avoid Night Travels and Enjoy Quality Road Experience”.

Abe said that a total of 532 people killed during the period fell within the young and productive age brackets.

He said that the fatalities would have been higher if not for the timely rescue operations of FRSC personnel.

The zonal commanding officer said that 3,816 people were rescued from untimely deaths and injuries while 2,729 people rescued alive with various degrees of injury.

Abe said that most of the crashes were caused by excessive speeding, route violations, bad road condition and poor visibility due to night travels.

He said the corps was committed to creating safer motoring environment where there would be no accident and if it occurred it would not result to death or serious injuries.

In her part, the FRSC Sector Commander in Oyo State, Uche Chukwurah, called on motorists to avoid night travels based on the challenges associated with it.

She said that night travels were undesirable because of the challenges that were usually encountered when rescue interventions were required.

She said that the corps has continued to preach against night travels because it posed threats that could be grave and irreversible.

“The blurred vision when travelling at night, irrespective of how bright your head lamps are, the security threats can better be imaged than experienced.

“As we journey through the ember months and Yuletide season into the year 2022, we should avoid night travels,” she said.

She called on motorists to install speed limit device, avoid drunk driving, use of phone while driving, route violation, among others.

Tajudeen called on FRSC to report any of their members proving stubborn on the road to any nearby garage, promising the union cooperation with the corps.

Flagging off the campaign, Gov. Seyi Makinde, represented by the Executive Assistant on Security, Mr Sunday Olukoya, commended FRSC in the state at ensuring safer roads.

Makinde pledged the commitment of his administration to the security agencies in the state through massive investment and creating conducive environment.