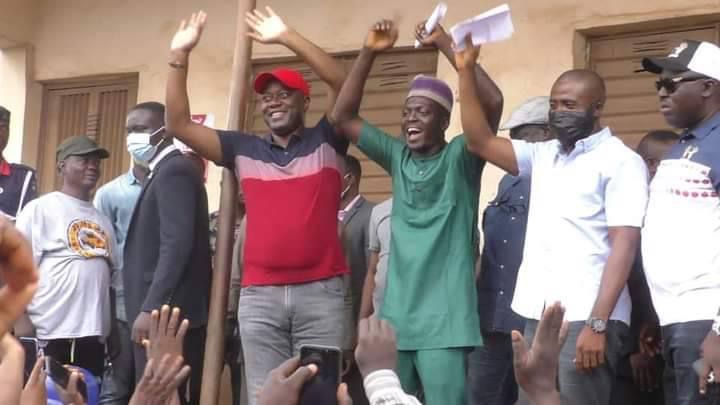 The ward congresses of the Peoples Democratic Party (PDP) in Oyo state ended on rancorous notes on Saturday with factions holding parallel elections.

In some of the wards, TheNation reported that parallel elections were held at the same venue, creating an atmosphere of fear and anxiety

Yesterday Akéde Ọ̀yọ́ reported how Governor Seyi Makinde reiterated calls for unity among party members even as he urged aggrieved members to give room for dispute resolution.

The governor spoke at Ward 11, Ibadan North East Local Government, while addressing the members who had turned out to participate in the election.

Some leaders of the factional groups admitted in different speeches that parallel congresses were held across the state.

A former member of the House of Representatives, Mulikat Akande, while giving a situation report on the election from Isale Ora Ward 6, tols The Nation that: “Parallels (parallel congresses) were held across the state.

“We were on our side and they were on their side at the same venue. That’s the report we are getting in all local government areas.

“We have told our people to be orderly and peaceful. We have already concluded and the results are ready. The security personnel have signed it too.”

A former Commissioner for Environment, Idowu Oyeleke, who is the Zonal Returning Officer for Oyo Federal Constituency in the camp of Governor Makinde, said there was nothing strange about parallel elections, saying that members have the right to hold elections individually or generally

“Each group will submit their result, but we will resolve the matter and address the grievances,” he added.

A former Chief of Staff to Governor Makinde, Chief Bisi Ilaka, in his report of the conduct of the election at Afinni Compound Ward 5, Oyo East, said the exercise was peaceful.

He said: “My ward is peaceful. Materials (were) delivered on time. We used consensus in the four local governments and the stakeholders were called together to address the issue.

Also, a former Deputy Speaker of the State Assembly, Dr Musa Absulwasi, who spoke from the Kinnikinni Ward 6, Saki West said the congress was “peaceful as the party leaders in the local government have resolved in consensus.

“No parallel (congress) here and the Abuja committee members have been here today to see for themselves.”

Another aggrieved member, Bola Akinyemi, said all the aggrieved members resolved to avoid all forms of provocations as they held parallel congresses. He said officials of INEC and security operatives all observed the congress and also certified the results.

He said there were some skirmishes and accused some yet to be identified individuals of chasing his car and that he made to make a detour to deceive them.