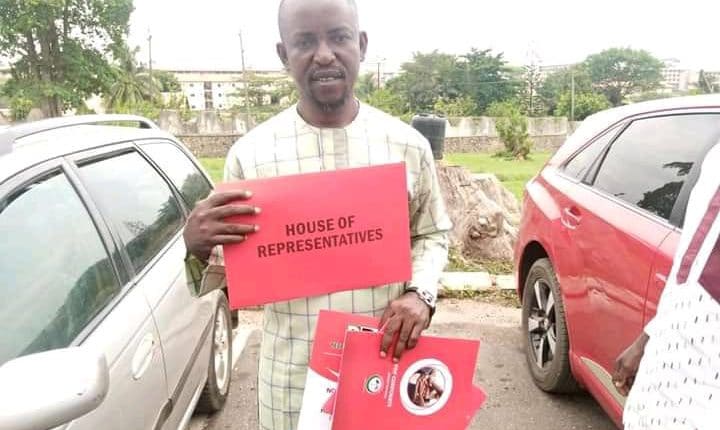 The Publicity Secretary of Oyo State Peoples Democratic Party (PDP), Engineer Akeem Olatunji popularly known as Sarsino has explained why he dropped his ambition as the consensus candidate of the party for Oloyeole Federal Constituency.

It will be recalled that Engineer Akeem was unanimously endorsed as the party’s consensus candidate by all the leaders and stakeholders of the party at a meeting held at the party secretariat on Sunday, 3rd April, 2022.

It was however learnt that hours after his nomination was ratified, forces had to cancel the process to pave the way for another candidate to emerge without following the guidelines stipulated by the Governor.

According to sources at the Government House, the leader approved conduct of primaries to produce the House of Representatives candidate. This decision was gladly accepted by Akeem Olatunji since 90% of all the leaders and delegates are solidly him.

Having sensed that the other candidate who they were trying to impose would lose by wide margin to Akeem Olatunji. The PRO expressed his readiness to participate in the primary election. He proceeded to procure his expression of interest and nomination forms.

GOAL POACHER NEWS gathered that powerful forces had called the leaders from Oluyole ordering them to rescind their decision on Akeem Olatunji and endorsed another candidate.

Governor Seyi Makinde had travelled out of the state while the shenanigans were ongoing. The Governor returned on Saturday and he had Iftar with Muslim faithful at Government House yesterday (Sunday).

According to sources present at the Iftar event, the Governor of Oyo State, Engineer Seyi Makinde urged Engineer Akeem to step down for another candidate.

Speaking with GOAL POACHER NEWS on the matter, Akeem Olatunji said, “yes I have stepped down my ambition as advised by our leader, His Excellency, Governor Seyi Makinde. I can’t go against his decision. He is my leader, I remain committed to his course. I dropped my ambition to honour my principal and leader.

” I want to thank all the PDP leaders and stakeholders from Oluyole who have firmed trust in my capacity to deliver electoral victory for our great party in Oluyole. I owe them in highest esteem.

“I am a loyal party chieftain, I can’t go against the decision of my principal and leader.”