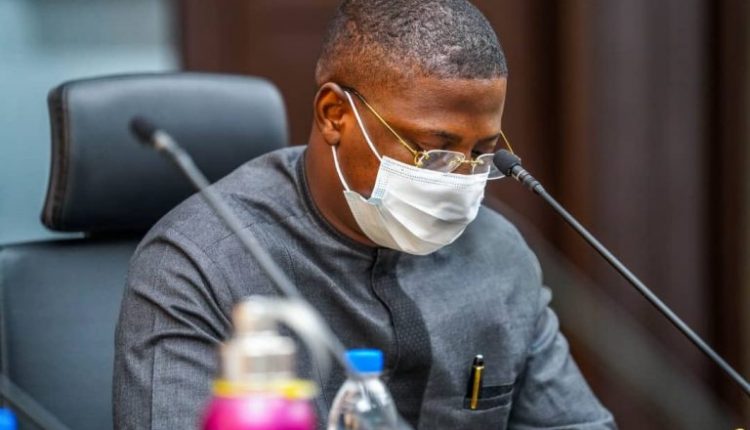 Oyo state Sports Commissioner; Asiwaju Seun Fakorede has stated that substantial investment in the sport sector and the motivation of athletes contributed to the Oyo State contingent’s improvement at the just-concluded National Sports Festival in Edo state.

Fakorede said this while calling in to a radio programme on Fresh FM 105.9 anchored by popular sports Journalist; Kenny Ogunmiloro on Friday morning.

In his words, “The difference is the welfare for the people. Before you make people touch the work, first of all touch their heart.”

“The difference between that team and the team that represented us now is just motivation” Most of these people when they see that there is an attention to a particular place, the result is always different. Before now, we cannot say that Sport Enjoyed the kind of attention it enjoys today in the state.”

“Just like I said earlier, the result is actually very impressive. In 2018 in Abuja, we had just only 16 Gold Medals and this time it is almost double the number of Gold medals we had. I will tell you something, most of the people that were at Abuja 2018, a good number of them are still the one who represented us at the just concluded Festival.”

“Ever since the outset of this administration, you’ll see that a lot of attention has been given to the youths, especially to sports development in the state. So it is quite expected we’ll have this kind of result everywhere.”

“I was personally with them, cheering them up at the beginning of the festival and then I told them, I conveyed the message of His Excellency to them that they should do us proud.”

“When you pay attention to people , they will definitely deliver the kind of result you want.”

In his own appraisal of general athlete conduct during the Festival, he noted that the athletes had been very professional throughout the games, further hinting that Nigerian sport is in safe hands.

“I was there personally and then I saw how our athletes did and the …you know, not even the Oyo state athletes or contingents, other people too. I see that this is actually one of the beautiful ways to engage our youths and the performance is quite impressive”

The sports commissioner stated that the contingent that represented the state at the Edo Sports Festival was back in Oyo State.

Fakorede also hinted that the contingent that represented Oyo State at the Edo Sports festival will be rewarded for their exploits soon. He said that despite the fact that the Seyi Makinde was not yet governor in 2018, they rewarded the contingent who had represented the state in the previous sports festival in Abuja anyway and also promised that the reward this year would surpass what their 2018 counterparts had received.