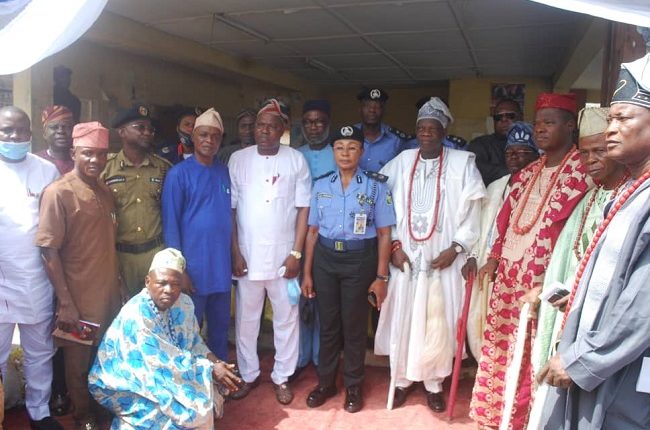 Commissioner of Police in Oyo State, Ngozi Onadeko, has re-affirmed the state command’s commitment to the protection of lives and property in the Oke-Ogun area, just as she commended the cooperation of other security agencies and other non-state actors.

The Commissioner of Police made the reaffirmation at a stakeholders’ forum held in Igboora town, Ibarapa Central Local Government, on Wednesday.

Onadeko also gave a promise of increased deployment of tactical and intelligence assets to the jurisdiction.

The stakeholders’ meeting, which is second in its series, was said to be in a bid to consolidate the gains of an already established partnership with other stakeholders from Ibarapaland, spread across three Local Government Areas of Ibarapa North, Central and East.

At the meeting, proactive measures were discussed, according to the command’s spokesman, DSP Adewale Osifeso, to forestall clashes between migrating herdsmen and host farmers dry season approaches.

Adipolo
Further in her remarks, the police commissioner appealed for continuous provision of credible and timely information to help nip crime in the bud at all times.

In their comments, the Olu of Igboora, HRM Oba Jimoh Olajide; the Chairman Ibarapa Central LGA, Hon. Adedoyin Adeoye Oloyede; and other participants showered encomiums on Onadeko and her team for their constant display of professionalism in fighting crime.

Also at the event were representatives of other security agencies.

It will be recalled that a similar event was held earlier this year in Ayete, Ibarapa North LGA to proffer solutions to the then lingering security concerns, particularly the herders-farmers’ clashes and incessant cases of abduction.

At the first meeting, the police commissioner had given a promise of periodic feedback, evaluation of law enforcement activities through increased layers of supervision and a deliberate attempt to sustain the relative tranquillity in the area.