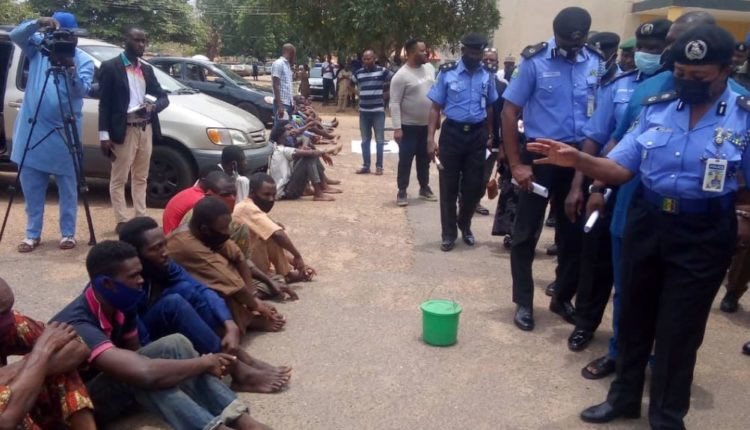 The Oyo State Police command has paraded a five-man gang who were arrested for selling and buying a human heart for N10,000.

While addressing newsmen, the commissioner hinted that the suspects conspired in January this year and committed the offence in Saki Town of the Oke Ogun zone of the state. She said: “One Jimoh Sabiku approached one Musibaudeen Aroju ‘m’ that he needed a human heart for money ritual of which the said Musibaudeen Aroju ‘m’ replied him that he will introduce a person that can get the human heart for him. He thereafter introduced one Alfa Taofeek alias Karile to the said Jimoh Sabiku.”

Detailing how the suspects were arrested, the CP said: “On 19th March, 2021 at about 1500hrs, the said Adesola David was intercepted by men of Federal Highway Patrol team who were on Stop and Search duty while he was on Bajaj motorcycle with registration number AYE 125 QE Forest area along Igbeti/Igboho Road. When the said Adesola David together with one Habib Musa were searched, the object suspected to be a human heart was found on them.”