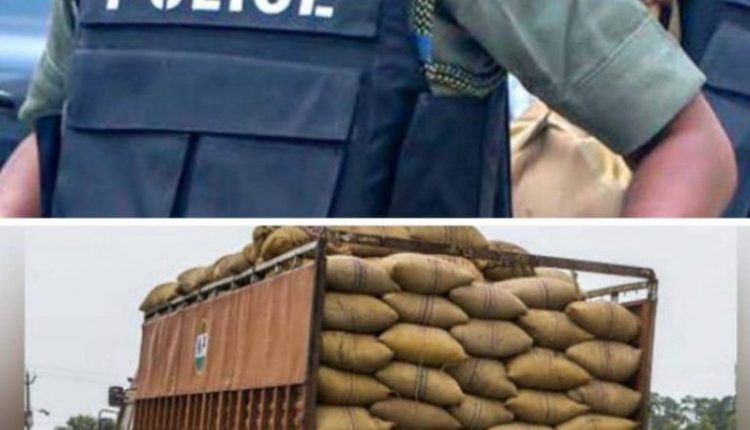 The Oyo State Police Command has arrested and paraded a suspect for allegedly hijacking and diverting 130 bags of rice worth N4.6 million.

The Command’s Public Relations Officer, SP Adewale Osifeso, disclosed this on Friday while parading the suspect and others terrorising the state, over various offences at the command’s headquarters, Ibadan.

Reports have it that 10 suspects were paraded by the command for offences such as armed robbery, car and motorcycle snatching, hijacking, and diversion of trailer-load of cooking oil.

Osifeso said the Command’s Monitoring Unit arrested the hijacker of the truck of rice on Aug. 8 at about 8.30 p.m., upon receipt of credible information.

He said the suspect belonged to a criminal gang that specialised in hijacking and diverting trailers and other articulated vehicles ladened with goods.

“Upon arrest, the suspect was found in possession of 130 bags of rice valued at about N4.6 million suspected to be stolen.

“Preliminary investigations revealed that the vehicle and consignments were designated to a store at Akure, Ondo State from Kano State before the hijack.

“The suspect masterminded the sales of part of the goods to criminal receivers at Okene in Kogi State,” Osifeso said.

The PPRO said that the suspect was arrested in Alakia area of Ibadan, Oyo State, and had confessed to the crime and currently assisting the command in its investigation.

Osifeso said the investigation revealed that the suspects snatched the car from the owner on Wednesday on Erio Ekiti to Aramoko Ekiti road, Ekiti State.

He said that the suspects were intercepted in Ibadan on their way to deliver the car at Iyana-Ipaja Area of Lagos State to another suspect.

“The suspects admitted through confession that the vehicle was to be delivered at Iyana-Ipaja Area of Lagos State to another suspect.

“During the cause of searching, the original document of the car with the LAGOS registration number — LND 705 GD, one Infinix Android Phone, one Iphone XSMax and one big torch light belonging to the car owner were recovered from the suspect”, he added.

Osifeso said that the suspects and the car would be transferred to the Police Command in Ekiti for further investigation.

Speaking with newsmen, the suspects confessed to having snatched the car, adding that they needed the car in transporting their rice-smuggling business.

In the meantime, Osifeso said the command under the leadership of the State Commissioner of Police, Adebowale Williams, would continue to maintain zero-tolerance towards the existence of all forms of crimes and related vices in the state.