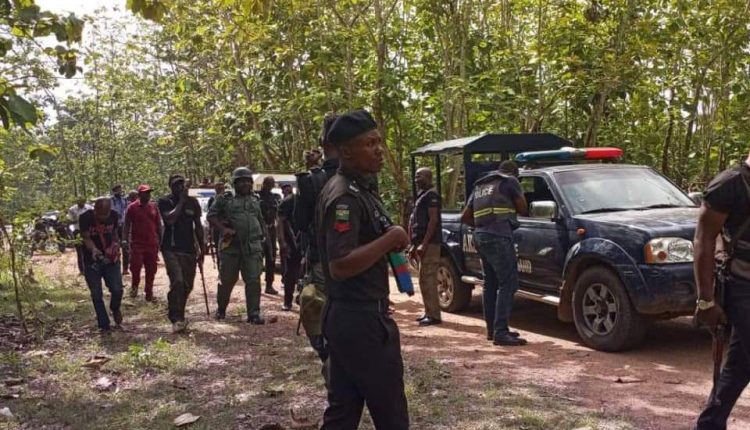 Hunters and vigilante groups have joined forces with men of the Oyo State Police Command to track down gunmen who reportedly abducted two passengers along the Eruwa-Igboora Road, on Wednesday.

The command had denied an earlier claim that 18 passengers were abducted near Opeki Bridge, under the Eruwa Police Division, insisting that two passengers on board a Mazda Premacy vehicle were missing.

Our correspondent learnt that security men, comprising the Anti-Kidnapping Squad Monitoring Unit, Skynet, Eruwa Division, had been combing the forests to track down the criminals since Thursday.

The police said they were combing the forest for the victims up to the boundary of Ogun State.

The gun-wielding kidnappers were said to have whisked their victims away into the forest with the victims’ car engine still running around 9pm when the search team got there.

It was learnt that on Thursday, the kidnappers called victims’ family members through the victims’ telephones to demand an undisclosed amount as ransom.

The Police Public Relations Officer, Oyo State Command, Adewale Osifeso, could however not be reached for comments as of the time of filing this report.