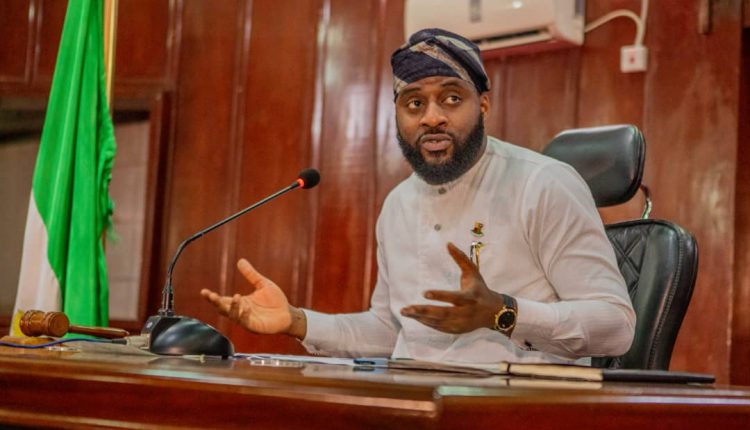 Following the agitation by the Parliamentary Staff Association of Nigeria, PASAN , Oyo State chapter for the implementation of the Consolidated Legislative Salary Structure, CONLESS for the legislative staff in the state, the Speaker has appealed to the workers to be calm as the issue will be resolved soon.

The Speaker who made the appeal at an emergency meeting with the Executive Council of PASAN, Oyo State chapter on Monday also assured the workers that the leadership of the House and the representatives of the council and the management staff will meet with the Governor on the matter unfailingly this week.

The meeting was also held to address the plan by the staff to commence a warning strike Tuesday over the failure of the state to commence the implementation of CONLESS.

According to the Speaker, the demand for the implementation of CONLESS by the Oyo State House of Assembly staff is not out of place.

He assured that the 9th Assembly will do everything possible to ensure that a reasonable percentage if not all of the consolidated salary structure is effected for the benefit of the staff.

The Chairman, House Committee on Labour, Productivity , Employment and Pension, Hon Akintunde Olajide (Lagelu) has earlier urged the workers to be hopeful as Governor Makinde led administration is a worker friendly Governor.

In his remarks, the Chairman of PASAN, Oyo State Chapter, Comrade Yemi Alade had told the Speaker and other principal Officers of the House at the emergency meeting that , the implementation of CONLESS was long overdue.

Comrade Yemi Alade said the House had passed the legislative autonomy bill which was also assented to by Governor Seyi Makinde but wondered why the implementation is being delayed.

He hinted that the consolidated salary structure was already being enjoyed by the Health and Environmental workers in the State and appealed to the Executive arm of Government to look into their demands.

Other Union leaders who spoke at the meeting including Comrade Isiaka Adetunji who is the Chairman,Senior Staff Association of Nigeria, Oyo Assembly Unit, explained that some states have started the implementation of CONLESS.