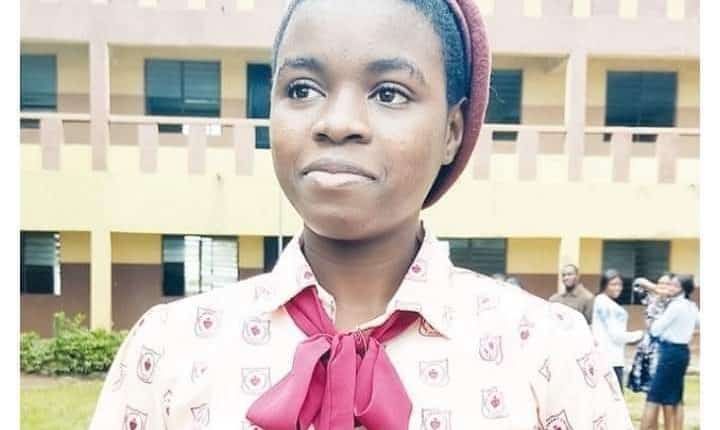 Describing her journey to achieving the global feat in a recent interview, the 15-year-old Rosemary said she almost lost out at the beginning because she didn’t take the competition seriously, but was challenged and inspired by her teachers and school management to aim high.

Rosemary emerged national winner after a competition which involved secondary schools that qualified for second round of the examinations from 11 States of the Federation.

At the virtual competition of 2022, where she represented Nigeria along side two others between 7th-12th July, 2022, Rosemary came out with the best individual performance among the members of the Nigerian delegation.

Her feat has earned her an automatic place in the 2023 edition of the competition slated for Tokyo, Japan.

Telling her story, Rosemary narrated how the policy of high academic pursuit by her school authorities led by the Principal, Reverend Father (Dr) Michael Domingo, brought her into the competition. She also talked of how her teachers assisted her to prepare.

She noted that she didn’t take the principal’s charge seriously at first, but was later enrolled in the National Science Quiz competition, thinking it was going to be like the regular school work.

“I never took it serious, especially the first round” she admitted.

“I had never been in any competition before. I felt it was going to be like the school work”, she added.

Recalling how the journey began, she said: “We went for the first round of examinations in October 2021 at Wesley College, Elekuro, Ibadan. The results came out two months after and I took the 6th position in the local government. We were given certificates of merit but I said to myself ‘you cannot be taking 6th position’. My teacher, Mrs. Daniella Ojekere, gave me her support and announced to me that there was a second round. Thankfully, I was invited for the second round and I was determined to put in my best.

“The second round came and it was held in December 2021. The results were released in March this year. From the results the organisers of the competition announced, I heard that I had qualified for the national round. They said that this had never happened in Oyo State”, she stated.

It was gathered that Rosemary went for the national round of competitions in late March, 2022 in Abuja and after two weeks of examinations the results were released in June, 2022.

“There, it was announced that I was qualified for the International Olympiad round”, she revealed.

The youngster champion also recounted how she was almost a victim of psychological intimidation at the preliminary stages of the competition but later finished strong.

She said, “I felt discouraged because I saw many people that I felt were far better than me. So, I already thought I could not get anywhere in the competition”

Meanwhile, the State Commissioner for Education, Science and Technology has expressed his delight over the performance of Rosemary, while hosting her at his office in Ibadan.

Barrister Abdu-Raheem also praised the performance of the various stakeholders, including teachers and the state education monitoring units, and expressed satisfaction with the accomplishments of the student. He also maintained his confidence in the improvement of schools in the state in both external exams and national competitions.

He noted that the feat is an indication that the investments of the Governor ‘Seyi Makinde-led administration in the education sector, have been yielding desirable fruits.