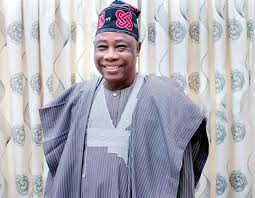 Oyo State government has, on Wednesday, announced plans to build modern estates in five federal constituencies in the state.

The Executive Chairman, Oyo State Housing Corporation, Barrister Bayo Lawal, stated this during the presentation of an Award of Excellence to him at the Corporation’s Headquarters, Bodija Ibadan, by Prime Media, a group composed of reputable journalists.

While speaking with the group, Lawal stated that the five estates would be situated in Ogbomoso, Saki, Iseyin, Eruwa and Kishi.

He said the project, which is in line with the developmental agenda of Governor ‘Seyi Makinde, will kick off in year 2022, adding that the projects will drive development in the proposed areas.

Speaking earlier during the award presentation, the group explained that it chose the Housing Corporation Boss as a result of his outstanding performance since the assumption of duty as the Chair of the Corporation, describing Barr. Lawal as a unique individual who has made innovation a strategic priority.

PRIME MEDIA, however, commended the new outlook, which is the first renovation of the corporation’s headquarters since its creation in 1954, adding that the state-of-the-art facilities including clinic and other basic amenities put in place have portrayed Lawal as a personality who is preoccupied with success.

It also, amongst others, applauded the corporation’s initiative of 360 low-cost housing at new Ajoda town, partnership with Local Government chairmen on housing scheme and remodeling of Agbowo Shopping Complex, with a view to turn around the fortune of the state.