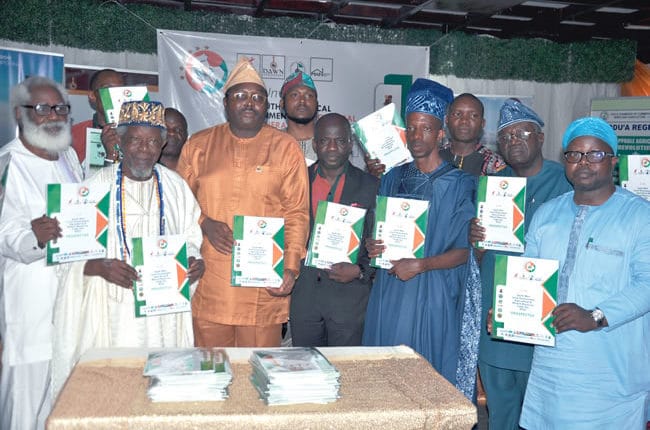 THE second edition of South–West Local Government Agricultural and Mineral Resources Trade Fair, packaged by BTG Africa, will hold in Ibadan, the Oyo State capital between September 2 and 11, 2022.

At the unveiling of the project in Ibadan recently, the state governor, Seyi Makinde, who was represented by his executive assistant, Idowu Ogedengbe, said the state government considered the fair as a link to economic development plan. He added that the state has several mineral resources in all its council areas waiting to be tapped.

The unveiling was witnessed by chairmen of local governments in the state, representatives of Osun, Ondo, Ekiti and Ogun states and partners of project.

Co-founder of BTG, Delight Owoyemi, said the first edition was held in Osun state with huge success. He expressed optimism that Oyo state will benefit as host of the second edition. He noted that the fair will create wealth and employment for the region.

Speaking at the event, the governor said, “Our target to focus on critical sector that will boost the Gross Domestic Product of the state. We have massive arable land so we are repositioning our agricultural development plan to attract critical stakeholders in the sector.

“The trade fair is considered important because it will serve as a link to some economic development plans. A number of stakeholders are already showing interests in partnering with us in the area of agricultural development.”

The governor noted that the state has sent more than 10,000 youths for training iin various aspects of agriculture, adding that officials of the state are already in the Netherland where they will meet the country’s government and discuss modalities for partnership in agriculture.

Chairman of the occasion and owner of Ilaji Resorts and Farm, Dotun Sanusi, who was represented by the resort’s marketing director, Demola Alabi, implored states in the South-West to focus on agricultural development. He said it had the potential to restore the region’s economy.

At the event, former Nigeria ambassador to Philipines, Yemi Faronbi, said Nigeria’s economy is on the decline because it abandoned agriculture and embraced consumer policy.

He said, “In 1970, Nigeria and Malaysia were at the same level of development but Malaysia relies on agriculture to build its economic and made its way to the top, Nigeria relies on oil export and remains a consuming nation. Today, Malaysia economy has grown while we are going backward.

“Nigeria has no working refinery so it exports its crude oil and imports crude products. However, Venezuela, another oil producing nation, has 27 refineries anf exports only processed oil for higher profit margin.”