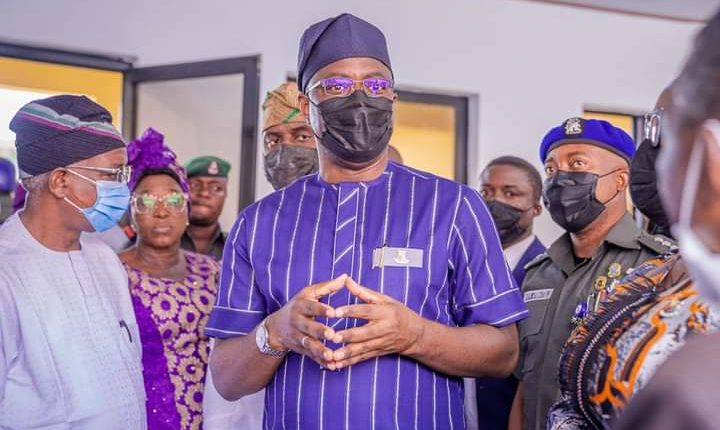 Governor ‘Seyi Makinde of Oyo State has declared that his administration will within the next six to eight weeks launch a Task Force to implement the ban on open grazing in the state.

The governor, who stated this in Ogbomoso during a Town Hall meeting in commemoration of the second anniversary of the government, held at the Soun Ogunlola Hall, Oja-Igbo, Ogbomoso, said that open grazing is illegal in the state.

He added that the government will continually engage the people of the state in the budget process, adding that a government team that will collate data for the next budget will soon embark on consultations with the communities.
A statement by the Chief Press Secretary to the governor, Mr. Taiwo Adisa, quoted the governor as also assuring the people that his government would soon create an alternative road to the Ibadan/Oyo/Ogbomoso Expressway, a federal road which he said has been under construction for too long.

According to him, the state government will construct the Iseyin/Ogbomoso road to link the Ibadan/Iseyin road already constructed and ensure that traveller’s to Ognomoso bypass the traffic snare on the federal road.

He said:’ In Oyo State, open grazing is against the law. The implementation plan will come out within the next six to eight weeks. So, to my brother from Oriire who spoke about open grazing, the Task Force will not be for Oriire alone, it will cut across Oyo State.
“So, whoever goes against the law in this state will face the wrath of law and that is just it.

“And concerning all the requests on road construction, we will plan ahead. Some of these projects will be included in the budget that we are going to come up with next year because we have to work with the fund in government coffers.

“When you engage with our team on budget, which will be going round very soon, make sure some of these roads are mentioned and I give you my promise that we will do all we can to ensure the right things are done.”

Earlier, the Commissioner for Information, Culture and Tourism, Dr. Wasiu Olatubosun said
the Town Hall meeting was held to gauge the feelings of the people of Oyo State on the performance of the administration and also see what other areas it would need to address.
The event was aired live on three radio stations including Agidigbo FM, Ibadan Ajilete and Parrot Fm in ogbomoso.

Who Will Tell Makinde What Modernity Means? | Morufu Smith

Insecurity: We’ve Made Progress As Residents Now Sleep With Their Two Eyes Closed In Ibarapa – Makinde