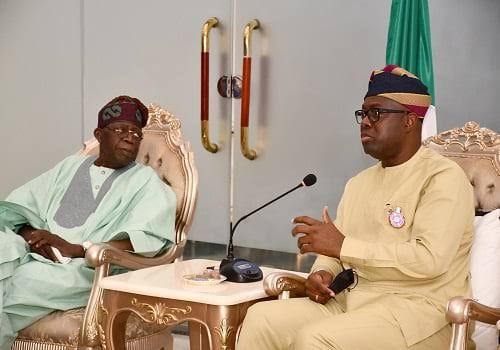 Facts about forces and factors that will shape the 2023 elections are emerging; revealing in breathtaking, unprecedented ways. With each passing day, the dynamics, and dimensions of next year’s poll continue to take an unusual intensity, plots, and twists; knocking off the usual, easily predictable projections and predictions from textbook analysts about who gets what, when, and how— into the dustbin of history. The last couple of days and weeks across party lines have validated the long-held aphorism that indeed, twenty-four hours is a long time in politics.

Across party lines, the question of who flies the flag is dissolving into the quicksand of political backwater – paving the way for another democratic ritual, known quite easily and simply as campaigns. Admittedly, the impoverished masses are again at the crossroad, caught in the cobweb of usual politics of brickbat; mudslinging, and vilification, taking sides in a battle that returns nothing but muted development, deprivation, and despair. Consequently, gladiators across the party spectrum appear set for the make or mar electoral battle with each devising impenetrable strategies and tactics aim at clipping the wings of their various political adversaries.

In Oyo, which has always been the centerpiece of this column, the battle for the soul of the state is not getting cold, as the exercise continues to gather steam, becoming stiffer, interesting, and utterly unpredictable – discarding the much-touted incumbency factor of a sitting Governor into the background. Additionally, the clear-headed conviction and confidence exuded by followers of the state Governor, Seyi Makinde in the buildup to party primaries across the country appear tanked, nose-diving in no small proportion. In essence, the reality of the current political happenings is no doubt rocking the boats of various political actors, sending chills down their spines. Rather than get clearer, the coast of who becomes the next Governor of Oyo state is at best blurring.

Up until the emergence of Asiwaju Bola Ahmed Tinubu as the Presidential candidate of the All Progressives Congress on Wednesday, 8 June, the Oyo state chapter of the APC, to modestly capture it, was an orphan. Right after the pulse-pounding death of its former leader, Senator Isiaka Abiola Ajimobi in 2020, the party orphanage journey kicked off somberly, snaking mournfully in and out of one existential, internal bickering to the other, becoming more fragile, with its unity and stability fracturing in a mind-blowing way. In a way, the clear winner in that crisis-ridden Oyo APC at that time was the state Governor who superintended over the state affairs with muted voices rising weakly against its various administrative malfeasance. Not surprisingly, the people of the state who relied on formidable opposition to articulate its cries and hues became the clear loser in that contest. Occasioned by the party’s inability to puts its house in order and speak in ways that ripple through the vein of the government, the main opposition party’s mettle fell by the wayside — people’s confidence in the party declined. Along the way, the party lost its magic wand, became the shadow of itself, and had members scampered for survival during their journey through the wilderness.

OYO101: Folarin Is The Opponent Makinde Wants To Avoid By…

With the unsettling fallout from its local and state government congresses, the fence-mending efforts by some party members seem to hit a permanent brick wall. That the party structure was brazenly hijacked by a minority group at the expense of the majority made peace and reconciliation an off-kilter alternative. Like a cat with nine lives, Oyo APC survived along partly because the ruling PDP wasn’t considered a better alternative, thus dragging itself through the furnace of crisis into its gubernatorial primary. The exercise that produced Senator Teslim Folarin as its candidate turned out to add insult to the party’s injury. In a matter of days, loyal members considered stepping up to another party. Gladiators whose ambition got crushed became embittered. Some left the party while the vast majority waited for the outcome of the party’s special convention and presidential primary for their next line of action.

As the clock ticked to the party’s keenly contested Presidential primary, members of the All Progressives Congress especially in Oyo held their hearts in their hands in anticipation of the eventual winner of the contest. Most if not all admitted that should the party National Leader, Asiwaju Bola Ahmed Tinubu clinch the ticket, it will upturn the fortune of the party in the state.

From Senator Teslim Folarin’s game changer’s congratulatory message to Chief Bayo Adelabu to reuniting loyal party members in the Oyo APC statement, you don’t need a interpreter to tell you there is more to the pivotal role that will be played by the APC Presidential flag-bearer than meet the eyes. In other words, the bulk of uniting the party now falls squarely on the desk of Asiwaju, a plus to the opposition party in the state and a minus to the PDP, which had basked in the euphoria of riding roughshod on the polarized, fragmented, and divided Oyo APC in the coming election. “Asiwaju” as one analyst told me “is the only politician in the country whose cough can send shiver down the vein of opposition elements and unite warring party members into a single, formidable team, one that can outwit sitting Governors”. This assertion and its truism or otherwise will be put to test in the matters of days, weeks, and months. For now, it is early to call the race in favor of one candidate at the extent of others.

OYO101 is Muftau Gbadegesin’s opinion on issues in Oyo state published every Saturday. He can be reached via muftaugbadegesin@gmail.com and 09065176850