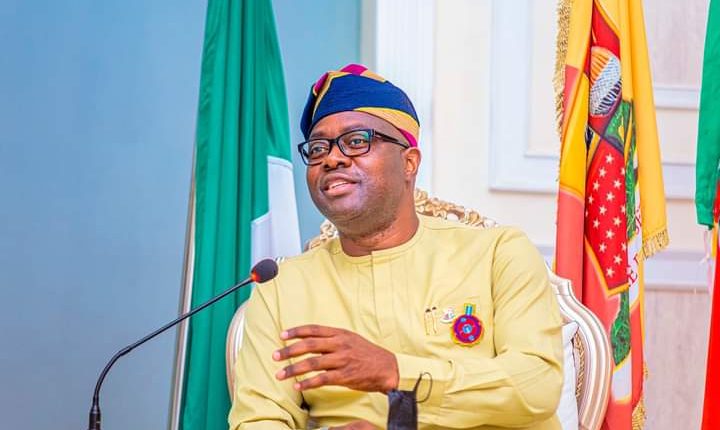 The recent and surprisingly acerbic attack, through slew of tweets, on the administration of Governor Seyi Makinde by the acclaimed activist and a member of People’s Democratic Party, Comrade Deji Adeyanju seem to caught supporters of the Governor off guard. For one, Comrade Adeyanju has echoed same crucial issues, concerns and worries critics of the administration have raised since the inception of their regime, which ironically, continued to fall on deaf ears.

In that unexpected scathing criticism on the Governor, the comrade first lamented the near absence of solid critical infrastructural projects in Ibadan — except the glorified uncompleted motor parks; which he said fails to justify the cacophony of noise that seems to pervades social media by the Governor and his digital dingbats.

In addition, the comrade raised issues of local government administration, beatification of area boys officially christened PMS, reckless borrowing of loan, among others. In fact, the comrade seems to have an ax to grind with the Governor by calling him little tyrant whose penchant for imposition appears to be his second nature — he cited the example of his face-off with Ayodele Fayose.

While some part of that concerns appear personal, the rest seems to be in the overall interest of the people of Oyo state.

But I suspect with the barrages of cold comments especially on Facebook, largely dominated by the Governor’s supporters; comrade may have to think twice when next dragging the Governor of Oyo state comes to mind. In essence, both the Governor, the Comrade and their internet bootlicker are one and the same.

They belong to the same political party that made life difficult for the people of the state and the same party that wrecked havoc on Nigeria for sixteen years. The fact that both the Governor and comrade belong to the same party appears to lend credence to that criticism. But the experience in the state where members of the Governor’s party boldly passed a vote of no confidence on his leadership style seems to neutralize that credibility.

To start with, the issue of local government administration appears to have infuriated Comrade Adeyanju. And he appears to have a handful of evidences to back it up. Plus, if there is anything this regime has done successfully albeit infamously, it is it ability to snuff life out of and tie the survival of local governments and their chairmen to the apron string of the Ministry of local government affairs particularly and by extension, his office. How best can a tyrant still be described and defined knowing fully well his puppets are installed in each local government, the legally and constitutionally established tier of government which is meant to be the closest to the people.

By turning that tier of government into a toothless bulldog, the Governor continue to exhibit that same traits of the previous regime. Or what’s different in the previous regime draconian stands in matters of local government administration and this? In fact, this current administration seems to derive some form of hedonistic pleasure by denying LG relative autonomy, and importantly, the needed fund to execute projects – a clear indication of administrative wickedness — which may bounce back as election beckons.

Unfortunately, the retinue of internet dingbats which jump at any slightest criticism of the Governor appears to lack this simple critical thinking skill to separate wheat of constructive criticism from the chaff of destructive ones. By jumping on issues that bothers on the Governor’s leadership style, this band of mischievous internet e-rodents keep running amok claiming the Governor is untouchable and invincible.

As a matter of fact, one is invincible or untouchable in politics or immune to criticism whether constructive or destructive ones for that matter. To join politics is to strip yourself of any form of immunity from those who disagree with your positions on issues. The earlier GSM supporters intellectually grasp this, the better. Deji Adeyanju may have his own personal trouble with the Governor, that shouldn’t stop the fact his message is timely and mirrored what critics like this essayist continued to write about.

Take of beatification of area boys. Just a couple of days ago, some members of Park Management service were arrested by men of Nigeria Police force in Ado-Ekiti. The arrested guys left Ibadan to “disrupt the coming gubernatorial election in the state” as one online newspaper says. A day after, violence erupted between PMS members and men of Nigeria Police force where number of casualties continue to rise. You see, when Deji Adeyanju said GSM is raising army of thugs, he’s is damn right. What manner of leader raise thugs when he can empower and equip them with skills and conditional loan.

Isn’t it counterintuitive to throw the baby and the bathwater away? In Comrade Deji Adeyanju’s Twitter tantrums, there is definitely a whole gamut of truth this administration can borrow from.

Report: How Crimes Of Ritual Killings Thrive In Southwest Nigeria