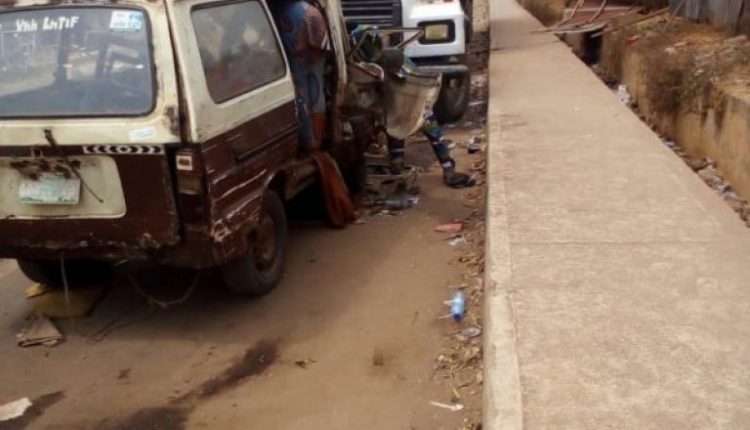 The Oyo State Road Transport Management Authority (OYRTMA), has today rescued six victims of a ghastly auto crash involving a bus and a parked trailer, which occurred in the early hours of the day along Moniya-Ijaiye-Iseyin.

The Executive Chairman of the agency, Dr. Mogaji Akin Fagbemi in a statement revealed that the accident occurred in front of Moniya Police Divisional Headquarters, Akinleye Local Government.

The statement reads: “I wish to inform you of an accident that occurred in front of Moniya Police Divisional Headquarters, at Akinyele Local Government today 1/03/22.

“This morning, a bus had a break failure and collided with already parked trailer; that was apprehended at IJAYE – ISEYIN road by officials of OYRTMA yesterday.

“In the accident, about six(6) people were affected as all of them were rushed to UCH for immediate attention by officers of Federal Road Safety”.

Fagbemi said they tried to meet with the DTO but he was not available as at press time.