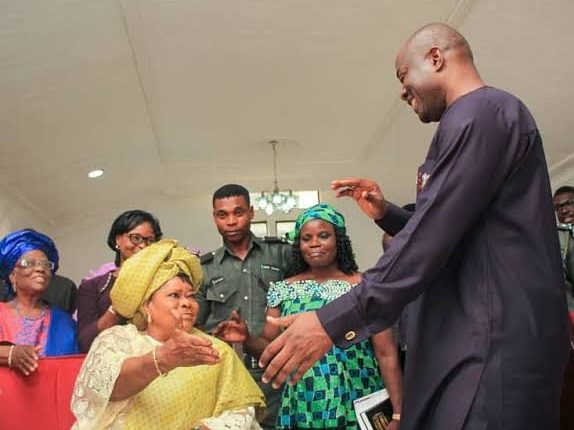 The Governing Council Chairman for Oyo State College of Agriculture and Technology, Igboora, Prof. Lateef Sanni has commiserated with the Oyo State Governor, Engr. Seyi Makinde over the death of his mother, Madam Abigeal Makinde.

In his condolence message to Governor Seyi Makinde, Prof. Sanni said, ” Your Excellency, Sir, we come from God and shall return to God.

“On behalf of the Governing Council, Oyo State College of Agriculture and Technology, Igboora, I wish to express our condolences on the home coming of our dearest grandma.

Prof. Sanni described the death of the Governor’s mother as a great loss to the Governor, family and the State in general.

Similarly, the Acting Rector for Oyo State College of Agriculture and Technology, Igboora, Mr. Olaniyi Adekunle has condole with the Executive Governor of Oyo State, Engr.Seyi Makinde on the glorious home call of his mother.

The Acting Rector described the late Madam Abigeal Makinde as a notable and exemplary mother that produced a kind hearted Governor for the State .

The Acting Rector prayed God grant the Executive Governor of the State and the entire family the fortitude to bear the irreparable loss.