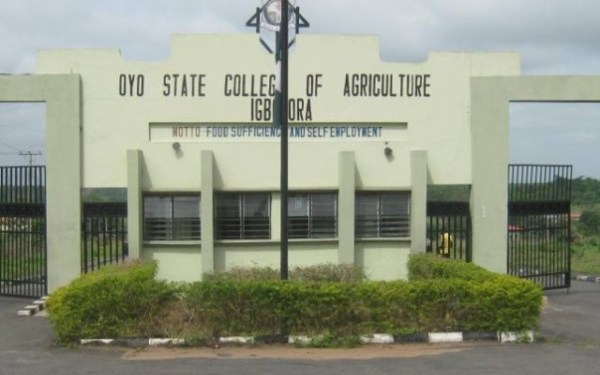 The Management of Oyo State College of Agriculture and Technology, Igboora has set up A Task Force Committee Against Students Immoral Behaviour.

Speaking on the development, the Dean of Students’ Affairs, Dr. Wasiu Raheem explained that the Committee was borne out of the need to ensure students compliance with the dress code and other rules and regulations guiding students on campus.

The Task Force Committee set up by the Management of Oyo State College of Agriculture and Technology, Igboora on Students Immoral Behaviour has commenced work.

According to the Task Force Chairman, Dr. Olubunmi Adeosun, the Committee kick started its operations by moving round the lecture halls of the institution on Tuesday, October 26, 2021 in order to identify Students who did not comply with the dress code of the institution.

“The ten-man Committee which was inaugurated in July 13, 2021 had earlier held stakeholders meeting at the Boardroom of the College where what constitute immoral behaviour were extensively discussed, she said.”

The Committee Chairman explained that the Committee had met severally on its mode of operation and how to monitor students’ compliance to rules and regulations as well as the dress code.

Dr. Adeosun who spoke on behalf of other committee members maintained that erring students would be sanctioned while calling on students to check students’ handbook and online copies of list of immoral behaviour.

She pointed out that it will no longer be business as usual for Students with dreadlocks, earrings and other forms of indecent dresses.