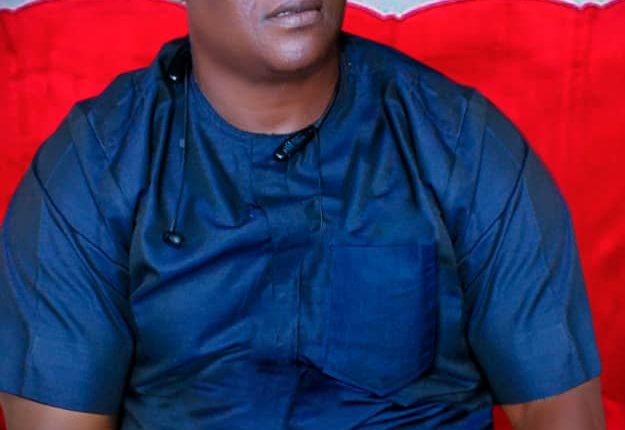 A factional chairman of the Peoples Democratic Party (PDP) in Oyo state, Hon. Michael Okunlade on Monday warned the Oyo state Resident Electoral Commissioner, Mutiu Agboke over his recent comments on party affairs, saying he was being mischievous.

He said with recent uncharitable outburst of the REC in the state, he was suspecting Agboke is guilty of allegations leveled against him by some politicians that he collected money to destroy parties for his pay masters.

The former majority leader of the Oyo state House of Assembly said with the magnitude of destruction of properties by the suspected members of Motor Park Manager in the state, nobody expected Agboke to come out and make statement capable of setting the state on fire.

Hon. Okunlade in a statement he personally signed on Monday morning said the National Secretariat of the PDP was aware of the parallel congress in Oyo while the INEC officials were present to monitor the process of the Congress held at Jogor centre on Saturday, wondering why Agboke would continue to make unguided statement around.

The PDP chairman who insisted that the congress held at the Jogor centre remains the authentic going by the support received from the National Secretariat of the party, advised Agboke to work for the alleged money he collected from opposition to destroy PDP with utmost responsibility.

According to him, the people of Oyo state are aware that Agboke is hobnobbing with a some politicians to put the state in jeopardy, saying PDP would ensure they fail in their attempt to set the state on fire.

The former lawmaker who noted that parallel congresses were held in almost all the 36 state of federation noted that RECs in the affected states are yet to make unreasonable remarks as Agboke is doing in Oyo State.

He urged the Chairman of the Independent National Electoral Commission (INEC), Prof. Mahmood Yakubu to call Agboke to order not to continue fueling crisis in Oyo state.

“The role of INEC in any congress and primary election is to observe the procedure which they have done in Oyo state. This is the first time a Resident Electoral Commissioner will be making unguided statement as regards party congresses which is in-house affairs to us in our party.

“Oyo state is not the only state we had parallel congresses last Saturday and why is it that it is only Agboke commenting on our party affairs. Even if he wants to satisfy his pay masters, he should do it responsibly. The National Secretariat of our party was aware of the congress and INEC was on ground to monitor the process, why was he going around to discredit our party? He was only being mischievous and irresponsible.

“We know his age and inexperience is speaking for him. With his statements, we are suspecting he was guilty of the alleged bribes leveled against him. We, the authentic PDP in Oyo state will continue to defend our party and we use this medium to call on the chairman of INEC, Prof. Mahmood Yakubu to caution the Oyo REC not to dabble in party affairs.”