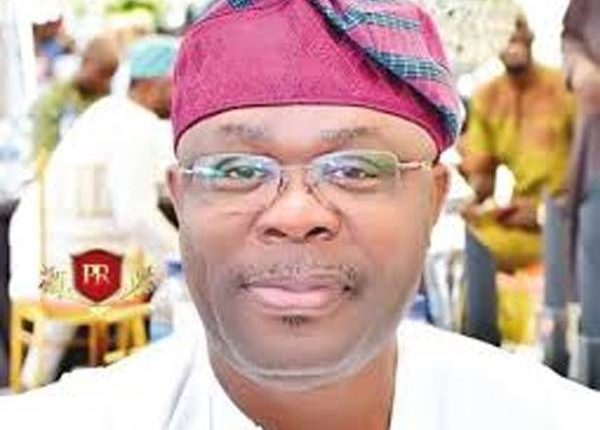 Dr Eddy Olafeso, former chairman of the South West Peoples Democratic Party (PDP) and one of the aspirants for the office of the National Publicity Secretary of the PDP ahead of the 2021 October Convention has shed more light on the purported news of his disqualification by the Screening Sub-Committee of the PDP on Thursday.

The Punch had reported on Thursday that the Chairman of the National Convention Organising Committee, Governor Ahmadu Umaru Fintiri of Adamawa State, announced the disqualification of Prof. Wale Oladipo (Osun) who expressed interest in the position of Deputy National Chairman South, Okey Muo-Aroh (Anambra) who expressed interest in the position of National Secretary, and Dr Eddy Olafeso (Ondo) National Publicity Secretary for taking the party to court to stop the convention.

The Governor also briefed the press in Abuja that 27 other aspirants were cleared to contest at the convention while one withdrew from the race.

But Olafeso said they never take the party to court to stop any convention, adding that what happened was pure politics to scheme him and others out of the race.

He said: “We never take the party to court to stop any convention; what we did was to approach the court to interpret the constitution of the party on the controversy surrounding the tenure of the ousted National Chairman, Prince Uche Secondus.”

“This was done with good intention to safe the party from further crisis. And the case has since been withdrawn from the court a long time ago to exhaust internal conflicts resolution mechanism for the overalls interest of the party.”

“This is pure politics to scheme me and others out of the race. The appeal screening committee will sit on Saturday and we will be there to seek justice.

All my supporters should remain calm and undeterred. I will contest this election and win with a very wide margin. The PDP is bigger than individuals and the party knows what is good for them.”

2023: I’ve No Presidential Ambition—Makinde • Era Of Impunity Is Over In PDP