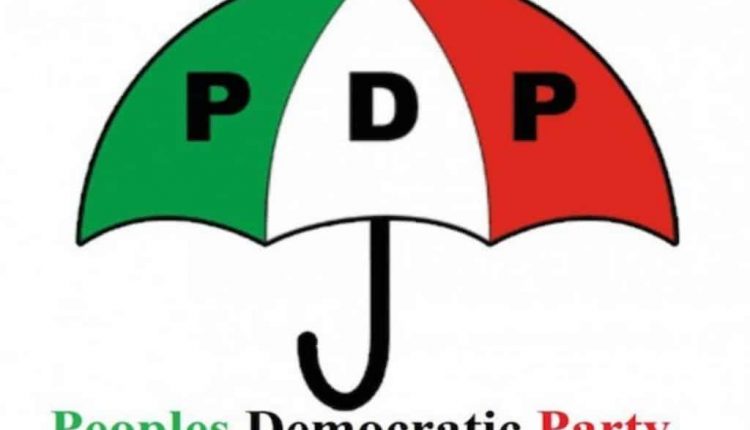 As the main opposition Peoples Democratic Party enters the final stage for its forthcoming National Convention, the party in the Southwest zone will be travelling to the Eagles Square venue of the event in a divided house over the choice of who becomes the Deputy National Chairman (South) of the party.

Governor Seyi Makinde, the leader of the party in the zone, is backing Ambassador Taofik Arapaja, who was, earlier this year, elected as the National Vice Chairman (Southwest) of the party, for the same position.

But the choice of Arapaja by Makinde camp did not go well with the duo of former Governor of Osun state and an aspirant for the position, Prince Olagunsoye Oyinlola, and a former Ekiti State Governor, Chief Segun Oni.

Segun Oni, who is eyeing the Ekiti Gubernatorial seat, is said to be deploying his resources and network to ensure the victory of Oyinlola, and the defeat of Governor Makinde and Arapaja. The former Ekiti state Governor also accused Makinde of betrayal, for sponsoring Arapaja against Chief Oyinlola

The camp of Oni believes that the ascension of Oyinlola as DNC (south) will pave way for the actualization of his ambition.

It was learnt that Mr Oni views the elevation of Oyinlola, who is his major pusher and financier of his Gubernatorial project, as a must-have, else his ambition may be as good as dead.

Given this fact, the ex APC Chieftain has already commenced mobilisation of his loyalists from Ekiti state, who are delegates to the National Convention. The former Governor is reaching out to Former President, Olusegun Obasanjo, for cross-national support. Support that made him the Deputy National Chairman in APC, shortly after he decamped to APC. Both Oni and Oyinlola in Political quarters are known as OBJ boys.

According to a strategist within the Oni’s camp,
“Segun Oni has called a meeting of ‘automatic delegates’ loyal to him to strategise on how Oyinlola will emerge as Deputy National Chairman (South) at the National Convention. We are also reaching out to Baba Iyabo.”

Political analysts think that Segun Oni’s recent actions are tending towards a repeat of the 2006 PDP Primary Election, where Segun Oni who came a distant third, was rigged to become the PDP Flagbearer.

On his part, the Oyinlola camp has vowed to resist the humiliation of their principal. They described Makinde as being power-drunk and untrustworthy.

They are now banking on political allies, like Segun Oni and Fayose across the zone and those of common political sources with the influence of the former president, Obasanjo.

Meanwhile, Makinde, who doubles as the Secretary of the Electoral Committee is expected to use his influence to ensure that Arapaja emerges victorious.

The Oyo State Governor is rallying his colleagues to ensure his aspirant emerges winner at the convention.

The Governors are also bent on protecting one of their own and consolidating their grip on the party.