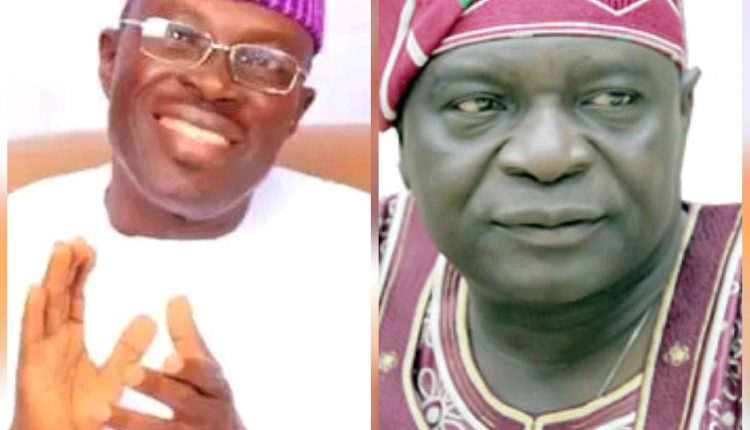 A fresh twist has emerged that may disqualify former deputy Governor of Oyo State, Ambassador Taofeek Arapaja, from the race to be the deputy national chairman (South) at the forthcoming Peoples Democratic Party (PDP) convention on the 30th and 31st of October. If Arapaja is disqualified, the coast will be clear for former Governor of Osun State, Olagunsoye Oyinlola to emerge the consensus candidate for that position as it is only these two men that are contesting for the position.

According to the Tribune, a petition has been written against Arapaja before the Senator ike Ekweremadu-led committee, which is tasked with job of screening aspirants seeking to contest various National Working Committee NWC positions at the convention. Confirming this, Senator Ekweremadu said a petition was received for non resignation of his existing position as the national vice chairman (Southwest) before filing papers to contest for the position of deputy national chairman at the coming convention. Though no decision has been reached yet, the Tribune reports that it is an infringement that could attract sanctions.

What this means for Seyi Makinde and PDP Governors who are reportedly backing Arapaja.

Recall that Oyo State Governor, Seyi Makinde is the one who reportedly proposed Arapaja after withdrawing his support for Oyinlola. PDP Governors from the South are also backing Arapaja and were reported to have approached Oyinlola to stepdown for him as the consensus candidate. But if the committee disqualifies Arapaja, they would have to make do with Oyinlola whom they are uncomfortable could be influenced by two former Head of state, Ibrahim Babangida and Olusegun Obasanjo because of his closeness to them.

All expectations will now be placed on the final decision of the Ekweremadu-led committee on the fate of Arapaja to know the next move of Makinde and PDP Governors from the South.