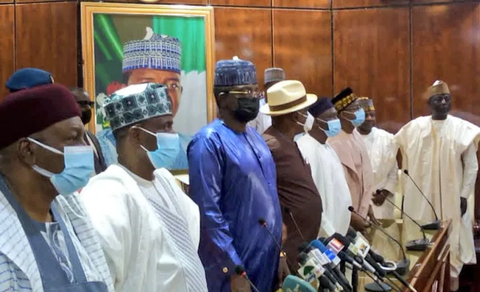 As the Port Harcourt Division of the Court of Appeal rules on the suit seeking to restrain the Peoples Democratic Party (PDP) from holding its National Convention on October 31, the Governors elected under the platform of the main opposition party will hold an emergency meeting to consider any emerging threats against the party’s national convention scheduled in Abuja, THISDAY has learnt.

A former special adviser to former Vice President Atiku Abubakar, Dr. Umar Ardo, has however cautioned the PDP against nominating Atiku or any other northerner as its presidential candidate in the 2023 general election.
However, the emergence of the 69-year-old former President of the Senate, Dr. Iyorchia Ayu as the anointed chairmanship candidate of the PDP has dampened the prospects for the youths to take over the administration of the country in the 2023 general election.

THISDAY also gathered that the governors elected under the platform of the main opposition party may hold an emergency meeting to consider the emerging threats against the national convention of the party scheduled this week in Abuja.

The inability of the various organs of the party to broker a truce between the suspended national chairman of the party, Prince Uche Secondus and the Rivers State governor, Mr. Nyesom Wike, is casting doubt over the possibility of holding the national election convention of the party.