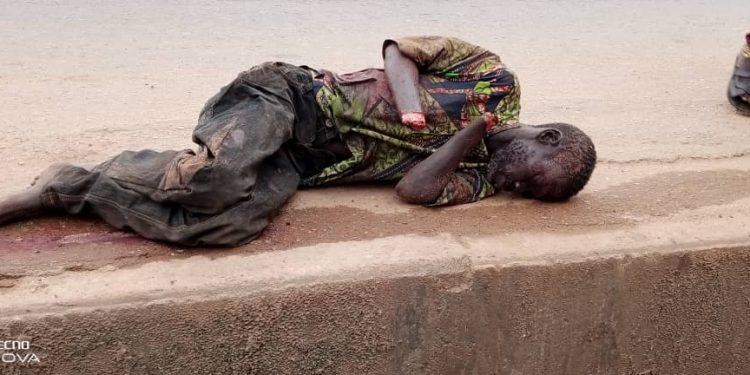 A yet to be identified man has been found by the road side at Isale-Ijebu Area, Ibadan, the state’s capital with his two hands cutoff but still breathing as at the time of filing this report.

A report by Double A Exclusive revealed that the man was said to be a mentally challenged person who is known very well around the axis.

According to the report, the man is known to be crawling around the area with his hands and bottom but unfortunately, this horrible incident happened to him at the early hours of Friday and nobody can explain how it happened but the fetish action must have been carried out by some suspected ritualist.

You will recall that it was that same axis where human body parts were found in different spots from Oja’ba to Isale-Ijebu about some weeks ago and another one at the Bode, RCC.