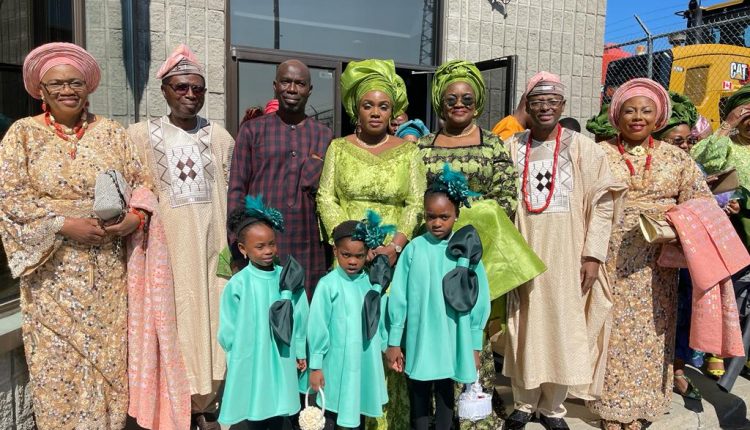 It was a pleasant scenario for the Oyo State Commissioner for Public Works, Infrastructure and Transport, Professor Kehinde Sangodoyin as he disclosed that his blessings are with his daughter who got married to her heart robe on Saturday.

The wedding ceremony between his beautiful daughter Esther Sangodoyin and her lover, David Akinbuwa place in Ottawa, Canada, drew dignitaries from all walks of life and the couple had a great day.

Others include, Honourable member representing Ibadan Northeast/Southeast federal constituency, Abbas Adigun Agboworin, Nigeria Ambassador to Canada who was ably represented by Mrs Olayemi, the Consular General, Evangelist T A Oni, and Alhaja Mrs Olawore and among other dignitaries from USA, Canada and Nigeria.

They all congratulated the bride’s family on the success of the wedding and wished the couple God’s abundant blessings and grace in their matrimonial home.