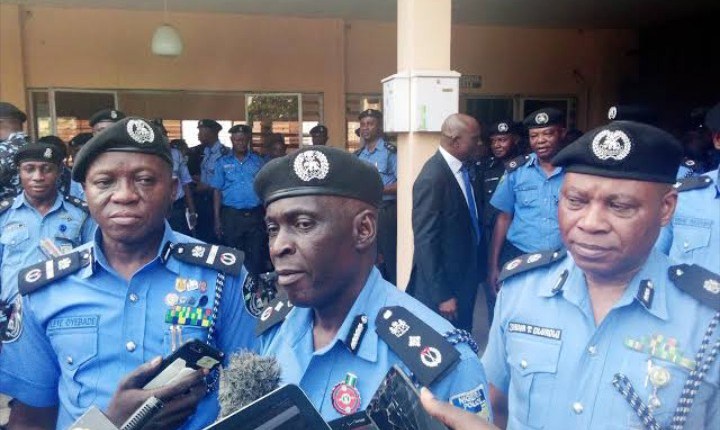 15 suspects have been arrested in connection with the burning of a police station and vandalization of the Nigeria Customs service, Nigerian Immigration Service and the Agro Rangers’ offices and hostels in Iseyin.

The suspects were arrested by a joint team of vigilante and police officers.

According to Chronicler Newspaper, about 35 motorcycles, 10 Plazma television sets, mattresses and refrigerator sets have been returned by the looters.

A close police source said the returned materials were left at areas like the Township Hall, the premises of the Aseyin palace while some were retrieved from the houses of the arrested suspects.

In a chat with the Chairman, Iseyin Development Union (I.D.U), Alhaji Bayo Raji on Sunday, it was gathered that restoration efforts were already going on to put back these facilities to even better standard than they were before the vandalization and burning.

He said there were various committees in place to make reconstruction of the facilities and working to bring back the police and other security agencies back in the town, while the earlier yearnings of the community for an Area Command and five divisional police offices were still ongoing.

Alhaji Bayo Raji, Chairman I.D.U during an interview
“It is a very sad occurrence, as large as Iseyin is, there are some facilities that the community ought to have but are not there and efforts were on to get these things, but one would wonder why the destruction of public and private facilities over a protest that should and was carried out in the capital city of the State.

“These people are not representative of what Iseyin stand for, we do not destroy in Iseyin and the long arms of the law will get at the perpetrators.

“We are currently taking measures with the security people to ensure that all these areas are addressed and the criminals are brought into book, while we are aggrieved, we still want the destroyed facilities restored and the community is generally involved, while our demands from both the State and federal government are still on, but we will ensure that restoration takes place first.

“We have been yearning for Area Command for Iseyin and about five divisional police offices, these demands are still hot and with the incident of 22nd of October, we have realized that Iseyin population and spread need more police presence, it shows that the security demand of Iseyin is more than we have.”

The Chronicler Newspaper also reported that local security men and police are still working round the clock to unravel more about those behind the looting of public and private properties during the crisis, with the fact that more perpetrators would still be arrested