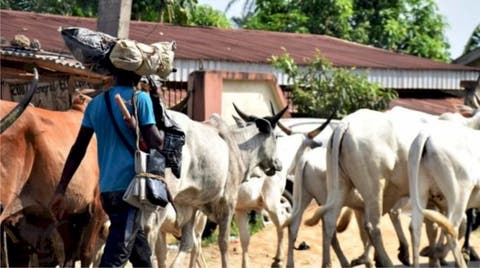 In a sad incident on Monday, an Oyo farmer in the Ibarapa Central local government area of Oyo state, Musa Monsuro, was hacked to death by suspected herdsmen.

Monsuro was reportedly slaughtered on his cashew farm at Araromi village, Igboora, around 5pm on Monday.

While the reason he was killed could not be ascertained, there were reports that the hoodlums who perpetrated the dastardly act, were herdsmen.

Punch Newspaper reports that the security agents were alerted on Tuesday and that they went to the farm to pick the corpse, which was taken to a mortuary.

Meanwhile, the state Police Public Relations Officer, Adewale Osifeso, while confirming the unfortunate development said, “The case is undergoing investigation. You will be updated accordingly.”

The killing is coming after some months of break in killings orchestrated by suspected herdsmen.

It would be recalled that Ibarapa had been ravaged by criminal herdsmen who allegedly killed, maimed, raped residents and destroyed farmlands before Yoruba nation agitator, Sunday Igboho visited the area, to warn against such acts.

2023: Only God Will Determine My Next Political Office – Oyo Deputy Governor, Olaniyan

A Billion Of Your Personality Couldn’t Have Defeated Ajimobi In 2019 But Makinde’s Tactical Ingenuity, Voice Over Jingle Made You A Senator – Mutalubi Ojo Exposes Kola Balogun