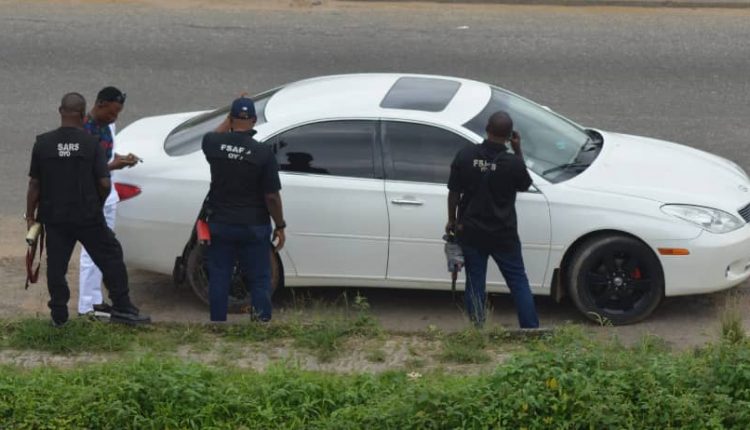 The compulsory exercise was mandated by the Inspector General of Police, Mohammed Adamu, following the request made by the #Endsars protesters.

In a statement by the Oyo state Police Public Relations Officer (PPRO), Mr Olugbenga Fadeyi, a Superintendent of Police ( SP) ,

the psychological evaluation test was carried out by the newly constituted Police Counseling and Support Unit (PCSU) .

Speaking at the event, the state Commissioner of Police, Mr  Joe Nwachukwu Enwonwu, expressed optimism that the process would yield positive result. He hanked the personnel for the job well done..

He, however condemned high handedness and unprofessional conduct of some of SARS personnel in the state .

The state police boss  charged the personnel of the defunct SARS unit  to embrace human right based policing should they be posted to their new formation.

Speaking on the psychological test , the Commissioner of Police explained that the exercise was divided into 3 stages with the aim of first debriefing the personnel, evaluating them medically and then psychologically.

”The stages are;   (1) Debriefing protocol questions: In this stage, the officers and men were questioned with the aim of ascertaining their level of mental balance towards the disbandment of the unit and to see if they are fit for possible deployment into other units. This stage involves eleven basic questions and PSCU assessment which was a deducement from the provided answer.

” (2) The Medical examination: This stage includes taking of urine samples from officers and men to determine the presence of hard drug of any kind, a procedure geared toward ascertaining whether the behaviour of the operatives is influenced by drugs.

(3) Psychological Evaluation: Based on the result of the medical test and answers provided in the PSCU protocol questions, a team of psychological experts will then handpick those who need Intensive Medical and Psychological attention to treat with immediate effect.The Inspector General of Police according to the Commissioner of Police is working hard to engender a police based on respect for fundamental human rights, ” he said.

In Ibadan, Court strikes out DPO’s Suit Against Fashion Designer.