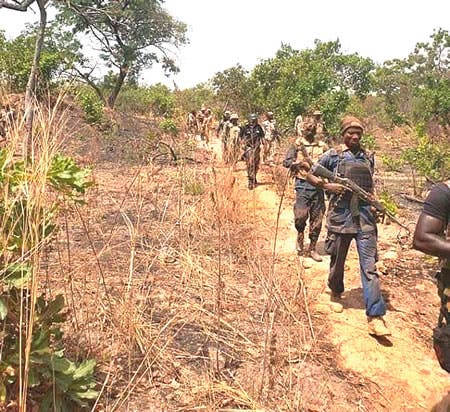 The operatives were also with journalists to hunt for the kidnappers.

The combing of the bush, which started at about 9:00 a.m., and was paused at about 4:30 p.m., saw the operatives in the deep bush at Onigambari, to link other places where the abductors were tracked to.

Speaking with journalists while other operatives remained in the bush, the Assistant Commissioner of Police, Operations opened up on the recent cases of abduction in the axis. ACP Ojo stated that in the course of investigation, it was discovered that the abducted victims were usually whisked into nearby bushes.

He said: “As part of security measures put in place by the command, we have deployed several patrol vehicles along the road to check the activities of these hoodlums.