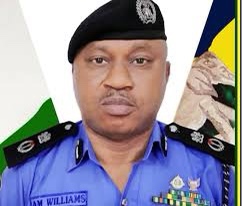 The Oyo State Police Command has advised members of the public against holding political processions or rallies until the official designated time approved by the Independent National Electoral Commission (INEC) for the conduct of political campaigns.

This was revealed in a statement released on Friday and signed by the State Police Public Relations Officer (PPRO), Adewale Osifeso, on behalf of the State Commissioner of Police, Adebowale Williams.

The command said the advice became imperative in the interest of public order and safety.

The statement read, “The members of the registered political parties and relevant stakeholders must be guided by Section 40 of the 1999 Constitution of the Federal Republic of Nigeria (as amended), where every citizen is entitled to assemble freely and associate with persons with the same interest and values, the command is also obligated to ensure that the provisions of Section 45 stand where the rights of other citizens must be protected in the interest of public order and morality.

“However, considering the various ongoing constructions, traffic considerations around the metropolis and possible emergence of security threats to others, the Oyo State Police Command have made comprehensive plans of providing security for static assemblage of people, groups and interest at any place or time provided the much-needed clearance for such was sought and approved.

“The Commissioner of Police, CP Adebowale Williams psc(+) fdc has directed Area Commanders, Divisional Police Officers and all Tactical Commanders to personally lead confidence-building patrols across the length and breadth of the state, to include but not limited to critical infrastructures, media houses, religious centres, recreational centres and other public spaces with a view to maintaining law and order in this regard.

“Penultimately, Political Splinter groups, Support Coalitions, Parents, Guardians and leaders wielding different degrees of influence are enjoined to advise their supporters, followers, children, wards and proteges against being used to scuttle the relative tranquillity status in the state”, the statement added.

In the meantime, residents of the state have been advised to go about their lawful business without fear of molestation and harassment, as the command continues to monitor activities within the state.