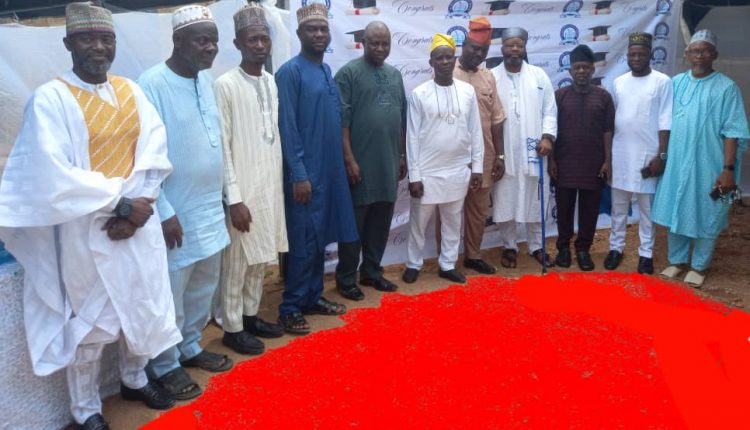 The School which was established in 2006 has been premised on complete education which combines both Western and Islamic Education.

The 2022 Edition of the annual Ramadan lecture, according to the Director of Finance and Admin., Alhaji Otun Ishaq Ajibola (FCNA, FCIT) is a way of also bringing the parents and neighbourhood into classroom on parenting.

The theme for this year’s Ramadan lecture is “Muslim Family, Predicaments and Hope”, the topic which was treated by an educationist, a trained Islamic Scholar, Ustaz Khalid Adewale Afolabi.

While doing justice to the topic of discussion, he critically analysed what a typical Islamic Family should be and what it is today, certain values that are supposed to be found in a Muslim home today are now missing, hence the cause of predicaments facing most Muslim families today.

Some of the problems facing Islamic Families today, according to the guest speaker are Irresponsible Parenting, Irresponsible Spouses, Unsettled homes, Broken home, Bad Neighborliness and many more, which have now made a typical Islamic Family to lost it value, it has made many children go astray.

In his bid to suggest solutions, He urged Muslim parents to imbibe good parenting culture, guard their children against abitrary use of social media and home theatres, “be the model of the kind of children they want to raise and ensure that their children are raise in the way of Allah.

Alhaji Adekunle Karheem Mogaji Adanla (The Chairman of the event) in his remark, lauds the management of Al-Qalam School for organizing such event aimed at refreshing the memory of the Muslim Ummah, He equally expanciated his relation which has been from founder’s childhood due to existing family friendship.

in an exclusive Chat with Akéde Ọ̀yọ́, Ustaz Otun Ishaq Ajibola (Director Fin & Admin) he posited that the school was established to breach the gap of parenting and upbringing of a proper Muslim children in the society, he said the students are well equiped with required religious and western knowledge to stand out amongst their peers in the society.