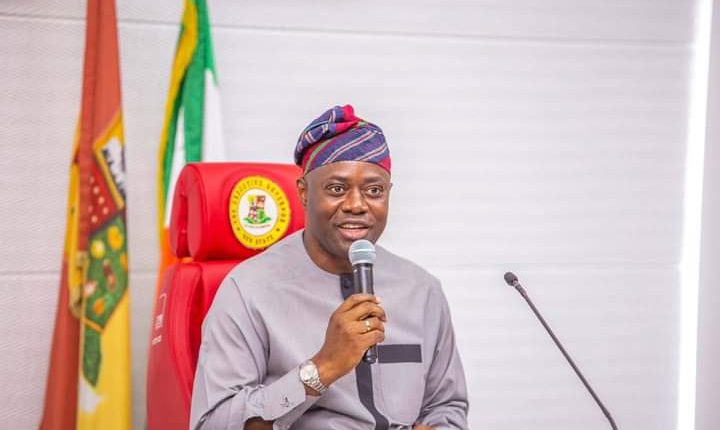 Better to be unborn than to be untaught or unlettered; for ignorance is the root of all misfortunes. That position is time-tested and explains clearly the position expressed in the article with the above headline written by one Maroof Asundemade.

The article, which was a response to a press statement by the Chief Press Secretary to Governor Seyi Makinde of Oyo State, Mr. Taiwo Adisa, which clarified the needless controversy over the planned conversion of a parcel of land of the Broadcasting Corporation of Oyo State (BCOS) and the Staff Quarters to a Government Reservation Area(GRA) was deemed by the said Asundemade as “Dragging Media Aideship in the mud.”

One would have shied away from the lies and aimless noise contained in the write up but for the need to save the several innocent persons who might have come across the void vituperations of the said Asundemade and mistake the same for genuine empathy with workers of the BCOS.For real, the good people of Oyo State know the truth. They easily read the signals when ghost writers like the said Maroof attempt to masquerade facts, colour the truth in a failed mimickery of public good.

Whereas the agenda of the said Maroof and his cohorts is to dryclean an eternally bastardised product like the APC and its eight years of wicked governance in Oyo State, his submissions cannot gain mileage unless he mounts a campaign of calumny against Mr. Taiwo Adisa, the Chief Press Secretary to the governor of Oyo State, Engineer Seyi Makinde and the incumbent government in Oyo which is ruling with human face. The crusaders of falsehood want the unsuspecting to believe that Taiwo Adisa dragged image making in the mud for saying it as it is, and you wonder how a bearer of truth and pure facts could be so accused. That accusation can only come from false tale bearers and men of unknown address like Maroof Asundemade.

The people of Oyo State are fully aware what the APC stands for, whether here in Oyo or at the national level. Many leaders of the APC have shown as agents of darkness purveyours of lies, deceit, doublespeak, and unpatriotic conducts, so the citizens no longer take the APC and its publicists serious anymore.As you can see, nothing in the world is more dangerous than sincere ignorance and conscientious stupidity.

The said Asundemade failed to acknowledge the progress the Governor of Oyo State, Engineer Makinde has made since he assumed office on May 29, 2019. He also failed to say the truth as far as the issue of BCOC Staff Quarters is concerned. He forgot to set his mind back to the series of illegal acquisition of government land and properties by the immediate past administration of the APC in Oyo, especially the massive haul of over 26,000 sqm in Agodi GRA, just opposite the Government Secretariat and another 9,000 Sqm just beside the First Lady’s office in Agodi by the leader of their hapless eight year rule in Oyo State. Details of the series of illegal acquisition of thousands of hectares of land, buildings seized and other untoward activities that took place under the watch of immediate past Governor Abiola Ajimobi are in the public domain.

But the anti-intellectualism that reigns supreme among APC commentators will not avert the minds of our hack writer to all such ills. He will attempt to run Adisa down, though correctly stating, however, that the CPS was trained at the prestigious University of Ibadan with BA and MA degrees in Communication and Language Arts. As much as I know, the issue of BCOS does not warrant the intervention of the APC at all. The institution was a ghost of itself under their administration. It was taken from the height of being a doyen of journalism in the South West to a rundown broadcasting house, where job security became alien.Most of the good hands were wiped out by the APC, while the remaining were owed several months of unpaid salaries. If anyone is in doubt, the current state of the BCOS Quarters is a quick testimony.

The buildings are not just dilapidated, cracking, and giving way. Many of the buildings are unoccupied and many are occupied by goats as the buildings have been turned to a huge poultry.Why would anyone pray that a huge expanse of land that can contain more than 170 duplexes should lie in waste even in this era when the finances of states are dwindling, and many states are already retrenching staff.Rather than praise the ingenuity of the Makinde-led administration in expanding the economic frontiers of the state as expressed by Adisa, the APC would only resort to name calling and sloganeering.Falsehood is generic in APC, there are no interesting things from the OYO APC, they are full of uninterested people too, they make generic responses and they expect generic answers. They live inside a box and they think people who don’t fit into their box are weird, APC today is like genetically manipulated plants growing inside a weird laboratory, like indistinguishable faces, like droids.

Like ignorance, they act as if their joy depends on the pains of the masses. They did not mention any theory of public relations which tells you to sidestep the truth and adopt only lies or propaganda. But the APC is known for propaganda and the Oyo State Chapter as exemplified by their agent, called Maroof Asundemade. They forget that theorists of today’s propaganda are no longer about misinforming the people or pushing the wrong narrative. Propaganda as it is played in decent climes is about selling your point of view and telling the people what they should know.

In what way did Adisa err by stating what is the true situation with the BCOS land? In what way did the CPS drag the image of his boss or government in the mud by stating the facts as they are? The truth is that the acclaimed Asundemade and his leaders were jolted by the truth as exposed by Adisa and were ashamed that if they say nothing their worsening public image would completely go to the dogs.

Knowledgeable people of Oyo State know that APC and their members are full of deceit and that they see lies as a wholee undertaking; disinformation comes to them profusely and by their devices they only suck in all the oxygen from the area of impact, seeking to leave the truth dead. No right-thinking member of Oyo public takes their vituperations to mind again. The writer goofed again as he failed to address vital points raised by the CPS to Governor Seyi Makinde, when he stated that “the APC should have sought information and get clear perspectives of the development at the BCOS before alleging that the government failed to complete whatever it intended to build and relocate the families living in the BCOS Staff Quarters before it is demolished, because as of now, the buildings under occupation at BCOS have not been demolished, he equally made the public be aware that ” It is funny how APC leaders, after mismanaging Oyo State for eight years and destroying public trust”.

Truly, people of Oyo have distrust for APC, the distrust is like a vicious fire that keeps going and going, even put out, it will reignite itself. They keep showing bad behaviour and hatred for good governance and the truth. It is by God’s grace that Oyo State is now blessed with kind-hearted ggovernor, a clear departure from the executive arrogance and recklessness known with APC in recent the past.

APC and their agents of darkness failed to inform the public that the radio and television channels of the Broadcasting Corporation of Oyo State did not enjoy any capital project intervention during the eight-year reign of the Abiola Ajimobi administration. Their ignorance will not allow them to equip the public that Governor Seyi Makinde administration has been able to instal the Satellite Audio Network and this has moved the state away from the analogue mode to digital, and ensured that its audio signals are heard clearly and effectively throughout the nooks and crannies of the state and even beyond. Their muddled sights will not allow them see the good governance of Governor Seyi Makinde Administration by ensuring that BCOS does not engage the primitive use of mobile phones to monitor and transmit from its out-stations in Ajilete and Alaga as the BCOS can now send signals directly from the headquarters here in Ibadan and broadcast clean signals to all the towns and villages across the state.

The governor has also recalled BCOS directors who were sacked by Governor Abiola Ajimobi without proper recourse to the civil service rules and legality.The proposed GRA at the BCOS will enable influx of private funds in billions to the state and promote IGR. It is by serious thinking and planning that Governor Makinde has been able to lift the state’s IGR by 42 percent in less than two years and the idea of the GRA will further boost the Internally Generated Revenue.It is important to state that the BCOS Staff are being fully taken care of in the planned GRA as the management has been assured of a number of structures while those to be displaced from the existing dilapidated structure will be given one year rent aside the three months grace period they will be given to sort things out.That’s a humane government at work and that’s what Adisa explained in the statement. It is a far cry from the heartless treatment meted out to BCOS staff in recent past.

Adisa has done well by highlighting the truth as it affects the BCOS and the government of Engineer Makinde, we can only urge him on.…