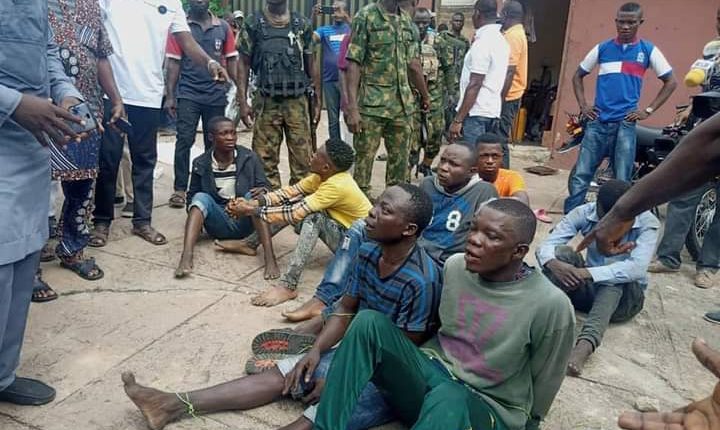 Over 350 motorcycles, 400 freezers, 350 generators that the senator claimed were meant for the empowerment of his constituents were reportedly looted when the mob struck.

In a chat with Dele Momodu, publisher of Ovation, on Sunday, Folarin expressed surprise over the attack.

“I got a call that some hoodlums were trying to break into my house. I was totally surprised because it is a gated residence. I also have dogs there who were unfortunately caged at the time,” he told Momodu via Instagram Live.

“And so, the first thing they did was to put a call through to the police but the police were not interested. They said if they come to the residence and someone gets killed, they would run into problems again and so they didn’t come.

“So, we didn’t get help from anybody. They overpowered my security guard, stormed the premises and what I suspect is that a lot of people were going about their business but when they saw people grabbing motorcycles, grabbing generators and all sorts, some just went in and grabbed also and left.”

He said he was planning to distribute the items to the same people who looted his house.

“They were just in a rush. I wanted to give it to them. I do it every time. You would recall that I did the same during the COVID-19 pandemic when I got friends to donate trailers of rice because I don’t have that sort of money but I have friends who can help,” he said.

“It was meant to be for empowerment of people because we know how difficult things are. The whole idea was to help people out but unfortunately, they were in a hurry and broke in and took everything. Very unfortunate!”

Responding to reports that the allowances and salaries of federal lawmakers were outrageous and fuelling the anger of the people, Folarin said this was just a common misconception.

“Can you tell me one politician that left the National Assembly as a very rich person? I think there is a lot of confusion with the salary and running cost of offices?” he asked.

Folarin said there was too much focus on the earnings of federal lawmakers while people were ignoring governors.

UI VC Race: Governing Board To Shortlist 6 Applicants Out of 18 as Selection Process Begins