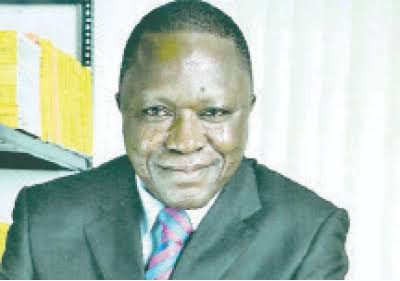 Barrister Niyi Akintola (SAN), the Baa-Mofin of Ibadanland, has pleaded with the Governor of Oyo State, Engineer Seyi Makinde, to review and shorten the fifty year Lease of Agbowo Shopping Complex which is direct opposite of University of Ibadan to Contractor for the purpose of Renovation.

In the statement made at a programme organized by the Oyo State Council of the Nigeria Union of Journalist (NUJ) at Aderogba Hall, NUJ Press Centre in Ibadan, Chief Akintola commended the concerted efforts of the governor to resuscitate the moribund building that has been neglected by previous administration since its construction by General David Jemibewon in 19977.

“Forget about party or politics. If someone has done something good, that person deserves to be commended and not otherwise.

“I say the truth anytime I see the truth. I say the truth no matter the party or who is concerned. The Agbowo Shopping Complex was constructed during the era of Brigadier General David Jemibewon in 1977.

“Several governments have come and gone, without doing anything. Governor Seyi Makinde has tried but it only remains to be seen if he can pull it through.

“Former Late Governor Abiola Ajimobi signed a Memorandum of Understanding with some people while he was in office but nothing concrete came out of it. So, Governor Makinde has tried, he should reconsider the fifty years lease and shorten it, that is my own opinion,” Barrister Akintola Said.

Why Local Government Election Will Not Hold in 2020 — OYSIEC Chairman.