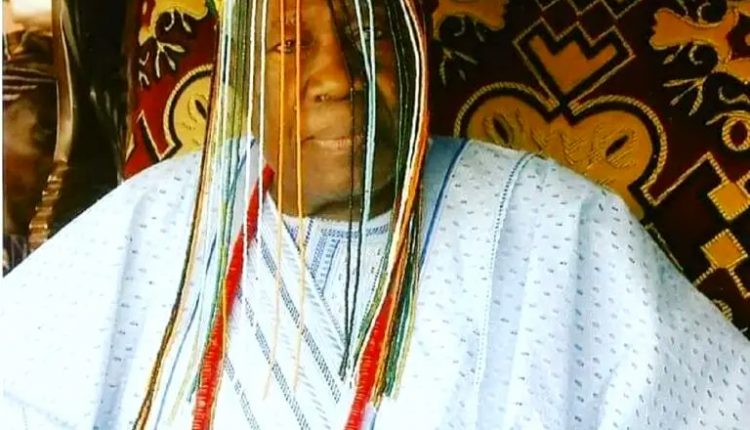 Referred From Private Hospital, Admitted At ICU, Died At 1:15am – UCH Speaks On Olubadan’s Demise

The University College Hospital, UCH Ibadan has spoken about the demise of the Olubadan of Ibadan, Oba Saliu Akanmu Adetunji Ajeogunguniso I.

The hospital in a statement on Sunday, by the Deputy Director of Information and Public Relations Officer, Toye Akinrinola said the monarch was referred to the hospital from a private clinic yesterday (Saturday).

He said Olubadan was admitted into Intensive Care Unit (ICU) of the hospital.

He added that the monarch died at 1:15am at the hospital.

The statement read: “The Olubadan of Ibadanland, His Imperial Majesty, Oba Saliu Akanmu Adetunji, Aje Oguguniso 1, today passed on at the Intensive Care Unit (ICU) of the University College Hospital, Ibadan at 1.15 am.

“The late Monarch was referred to the UCH from a private hospital in Ibadan at about 9.30 pm yesterday. He was immediately admitted at the ICU where the Chief Medical Director CMD, Professor Jesse Abiodun Otegbayo directed that a high-powered medical team be constituted to provide the best medical treatment to him.

“By 1.15 am today, His Imperial Majesty breathed his last breath.

“The CMD was at the ICU in the early hours of today to pay the late Olubadan his last respect. According to the CMD, “The Olubadan was a father to all of us. His reign was peaceful. We went to him on a few occasions when we had problems and he gave us listening ears”.

“Afterward, the CMD wrote a letter of notification of the demise of the revered Monarch to His Excellency Governor Seyi Makinde of Oyo State which was received by the Permanent Secretary of the Oyo State Ministry of Local Government and Chieftaincy Matters, Dr. Bashiru Olanrewaju on behalf of the Oyo State Government. A similar letter was written to the Family of the departed Olubadan.

“The CMD further ensured that the remains of the late Monarch were taken care of in a manner befitting to the late Olubadan.

“Professor Otegbayo also escorted the corpse of Oba Adetunji from the ICU to a waiting ambulance and handed the corpse to the family and other dignitaries on the ground.

“Professor Otegbayo then bidded Oba Saliu Akanmu Adetunji, the late Olubadan of Ibadanland a peaceful rest in the bosom of God.”